This aircraft is serial number 74, the 155th Ford Tri-motor built. Its first flight was September 4, 1929. It operated as a Ford Motor Company factory demonstrator aircraft. 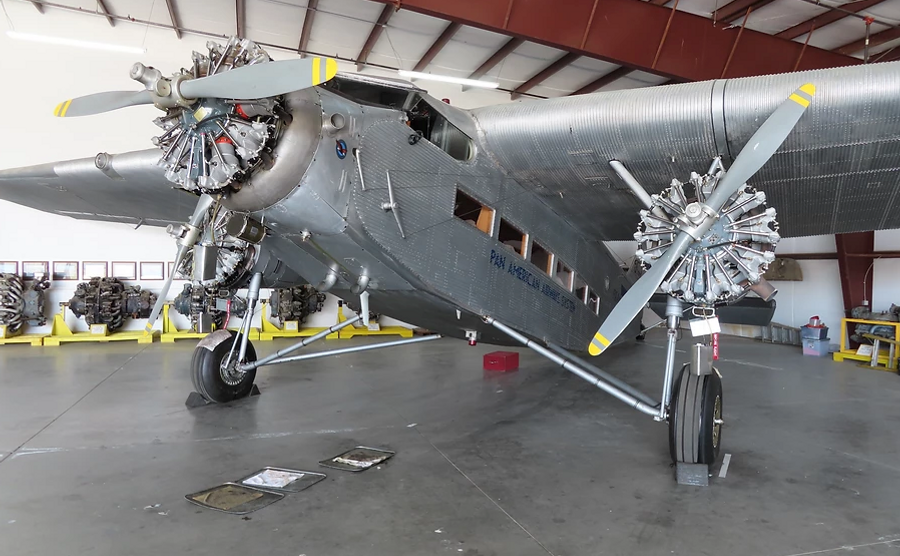 This aircraft is serial number 74, the 155th Ford Tri-motor built. Its first flight was September 4, 1929. It operated as a Ford Motor Company factory demonstrator aircraft. During this period the aircraft was equipped with twin metal floats, accumulating 249 hours as a seaplane. In 1931, the aircraft operated under an experimental license due to the use of a modified triangular vertical stabilizer. On November 4, 1932 5-AT-74 was sold to Pan American Airways operating in the New York City area. In 1935, 5-AT-74 moved south of the border and began operations in Mexico City, for Cia Mexicana de Aviacion registered as XA-BCX and later XA-BKS. It came back to Pan American in 1936 and then back to Cia Mexicana de Aviacion. In May 1941, it moved further south to Guatemala operating for Cia Guatemalteca de Aviacion in Guatemala City. 5-AT-74 stayed in Guatemala operating as LGAFA until 1950.

Recovered by Robert Waltermire in March 1950, 5-AT-74 was returned to the United States and was reconditioned for use as an aerial sprayer fighting a grasshopper plague. At this time Northwest Agricultural Aviation Corp out of Choteau, Montana operated it. Between 1956 and 1959, 5-AT-74 had a series of owners before finally falling into dereliction and disrepair in Florida. 5-AT-74's salvation came at the hands of John and Katherine Louck of Monmouth, Illinois. When Louck found the aircraft in Florida, it was in less than pristine condition being described as "full of frogs, snakes, bugs, etc." He worked for two weeks cleaning and making the aircraft airworthy to ferry it to Monmouth, Illinois. A myriad of problems caused the trip to take 68 days covering 1,700 miles. Louck bought 5-AT-74 with the intention of barnstorming it, and he did! It was reported that in one year 5-AT-74 carried 17,000 passengers, 2,800 of which were carried in one five day period at Rockwell, Illinois. 5-AT-74 operated in this capacity until 1965. Louck carried a total of 100,000 passengers in 5-AT-74 while he owned it. During 1963, it was leased to TWA for a cross-country series of flights starting from Los Angeles, California to Newark, New Jersey. Total time in the air was 27 hours, 48 minutes and total en route was 54 hours, 7 minutes. In February 1965 Louck sold 5-AT-74 to American Airlines in New York City. 5-AT-74 was present at the New York City World's Fair in 1965. Between 1965 and 1977, 5-AT-74 went through several more owners and during 1983, was flown out of the San Fernando Airport by Art Scholl and Bernie Godlove during a brief movie career in which it appeared in the movie "To Be or Not To Be", and was painted to represent a Ju-52.

In 1977, 5-AT- 74 was acquired by John Seibold, then President and co-owner of Scenic Airlines and Grand Canyon Airlines and shortly afterward repeated its 1965 cross-country trek. This time it made the cross-country flight in company with a Scenic Airlines Twin Otter that was operating as a camera ship. Starting in Long Beach, California it flew to Las Vegas, Nevada. From there 5-AT-74 flew over Lake Mead and Hoover Dam and on to fly the length of the Grand Canyon. 5-AT-74 finished its cross-country trip in 7 days ending at New York's Kennedy Airport. While in New York, 5-AT-74 flew over New York Harbor and past the Twin Towers and the Statue of Liberty. Later it flew on to East Hartford, Connecticut to appear at Pratt and Whitney's 60th anniversary celebration before returning to Las Vegas, Nevada. In 2003 it participated on the National Air Tour and flew to 17 towns in 16 days and covered over 4,000 miles. 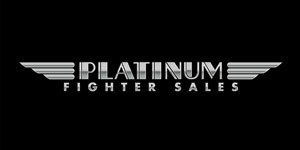