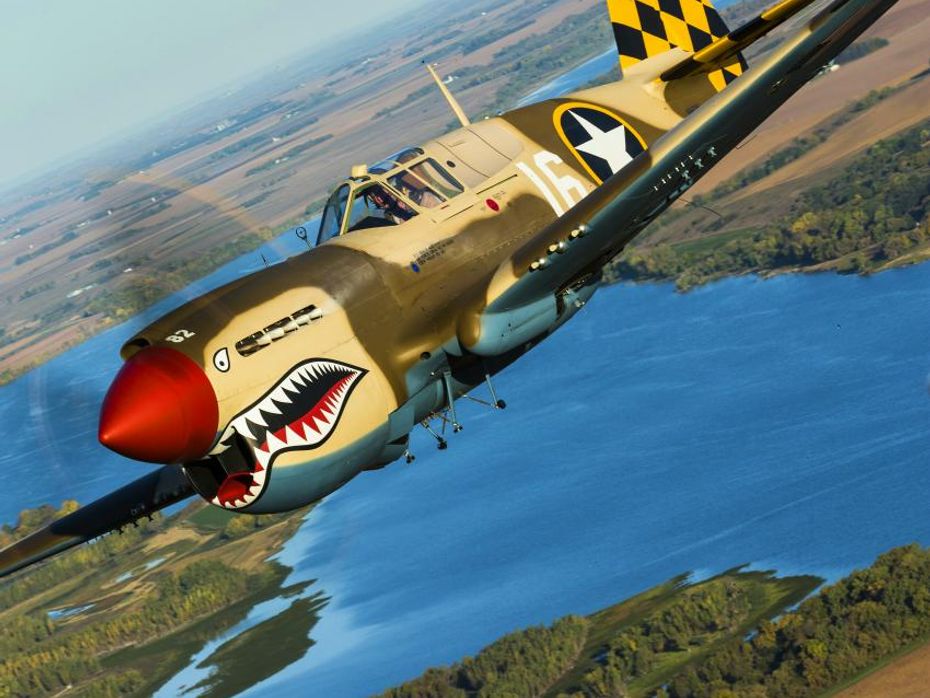 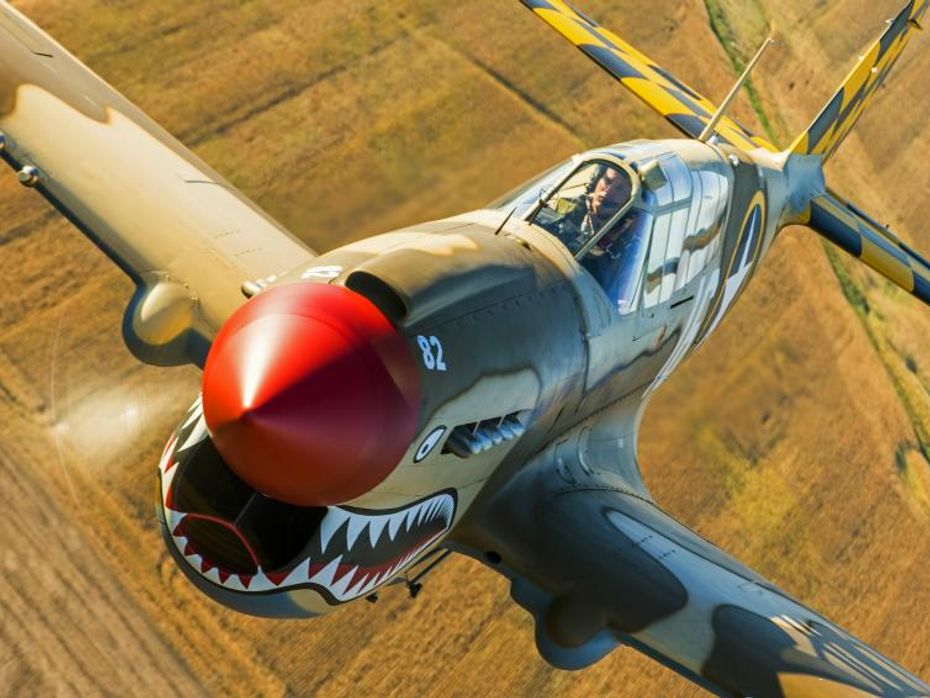 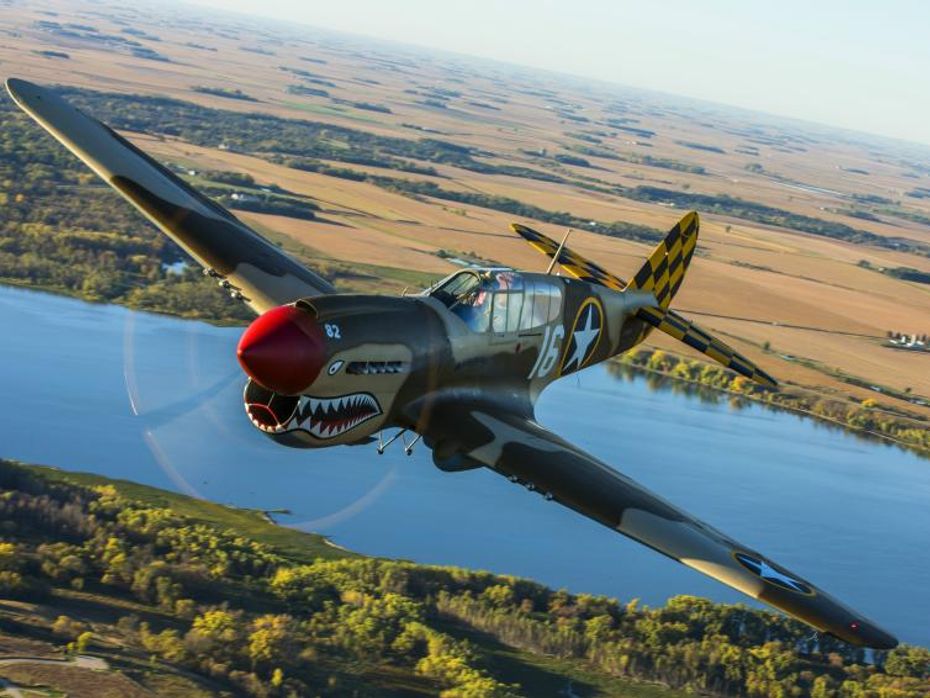 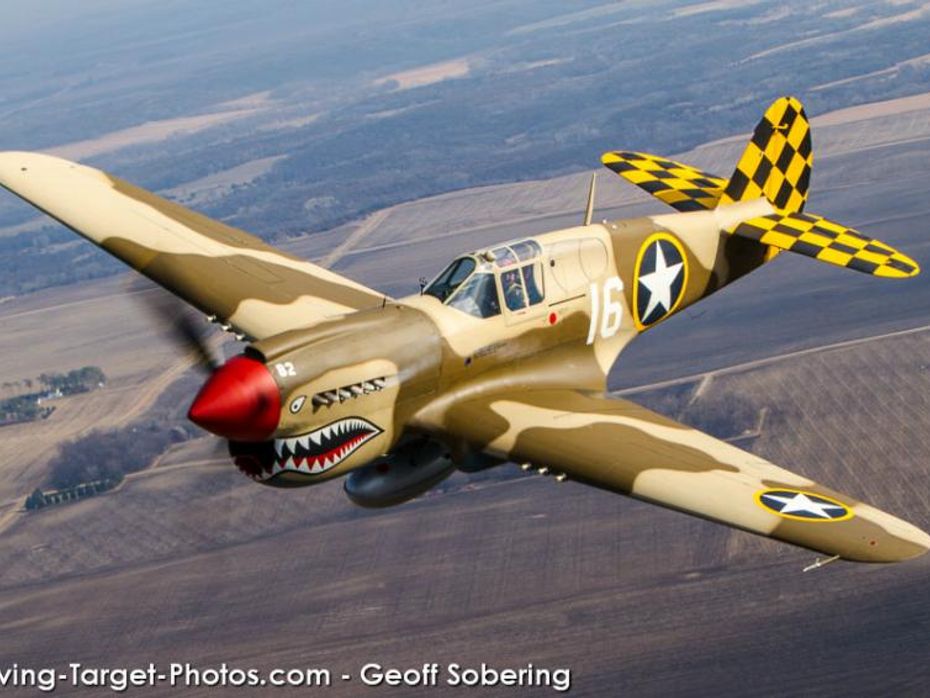 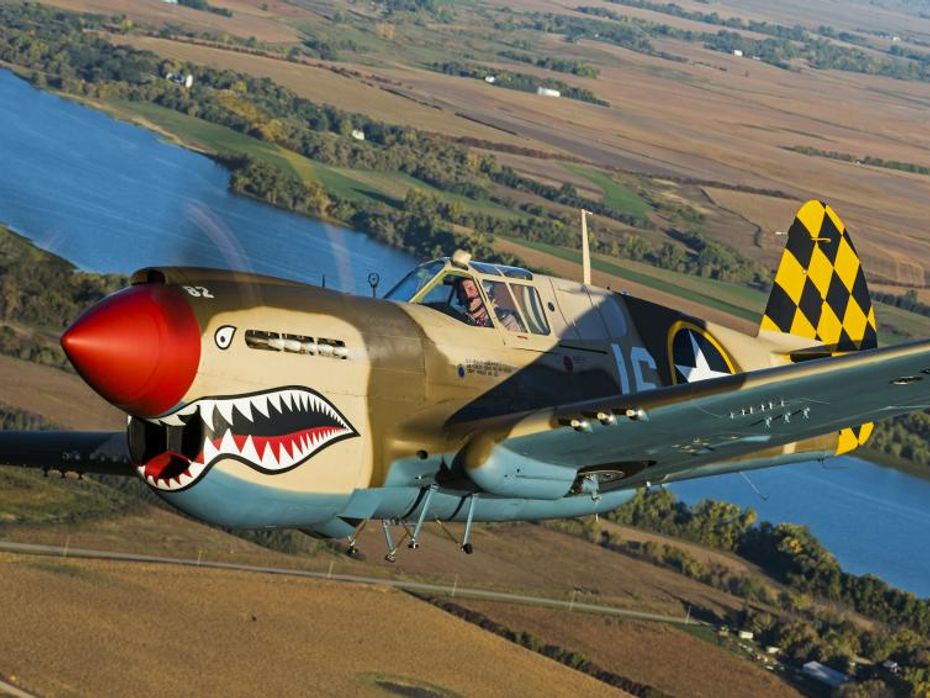 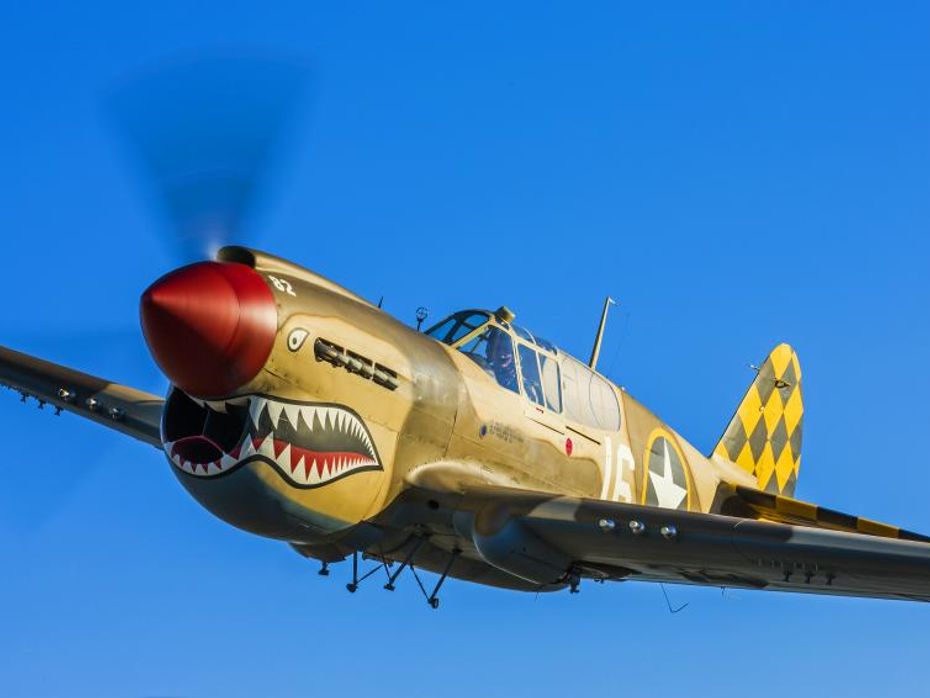 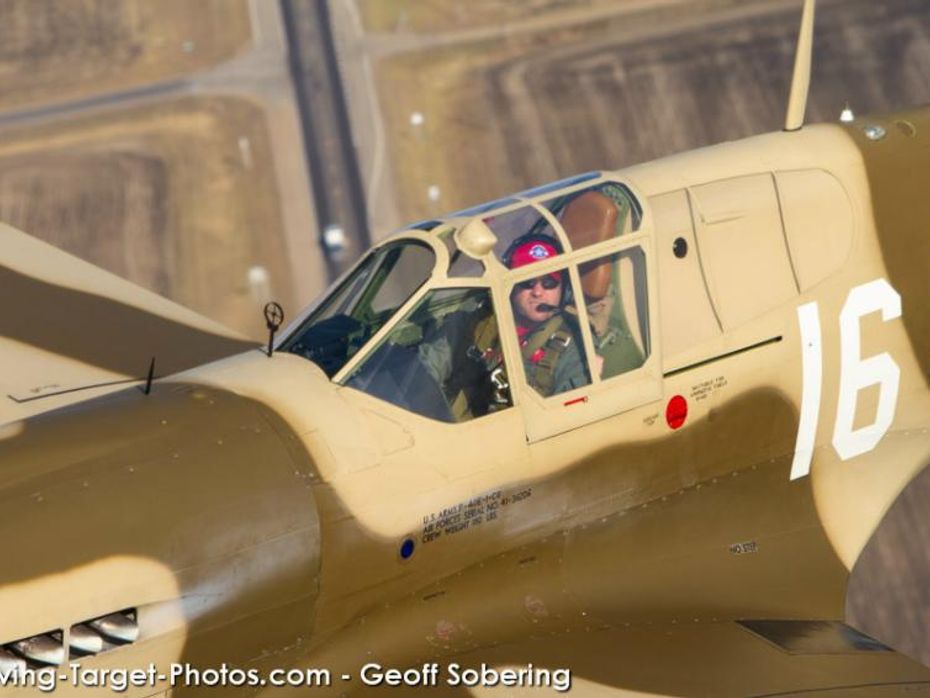 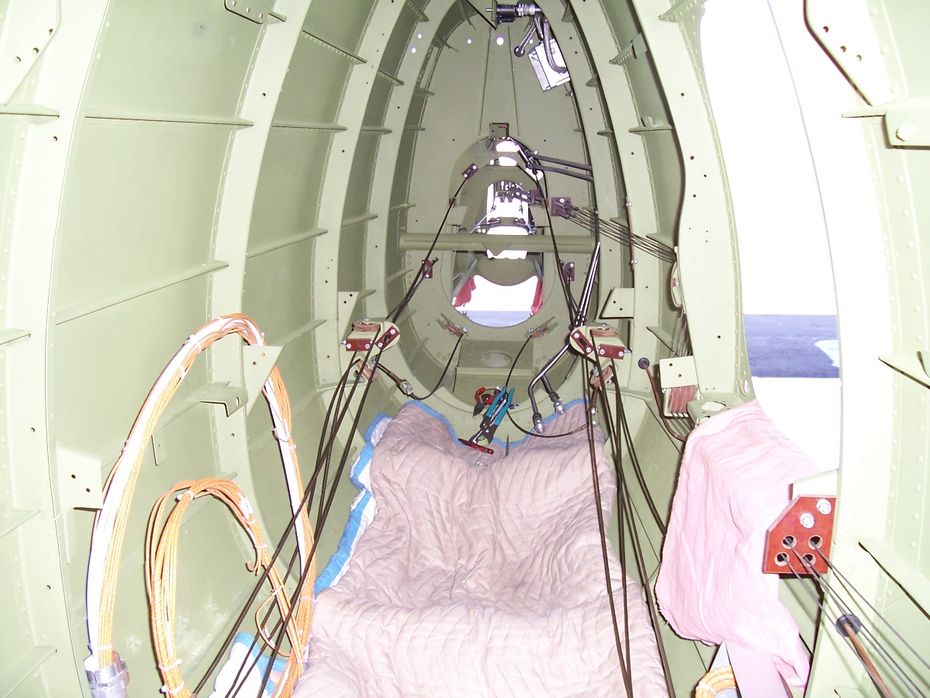 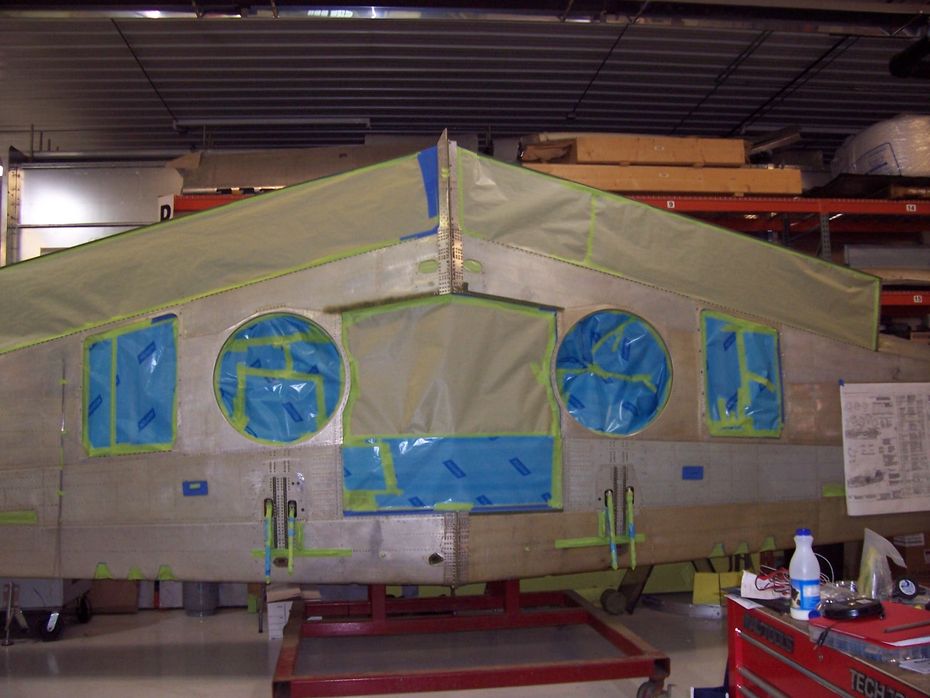 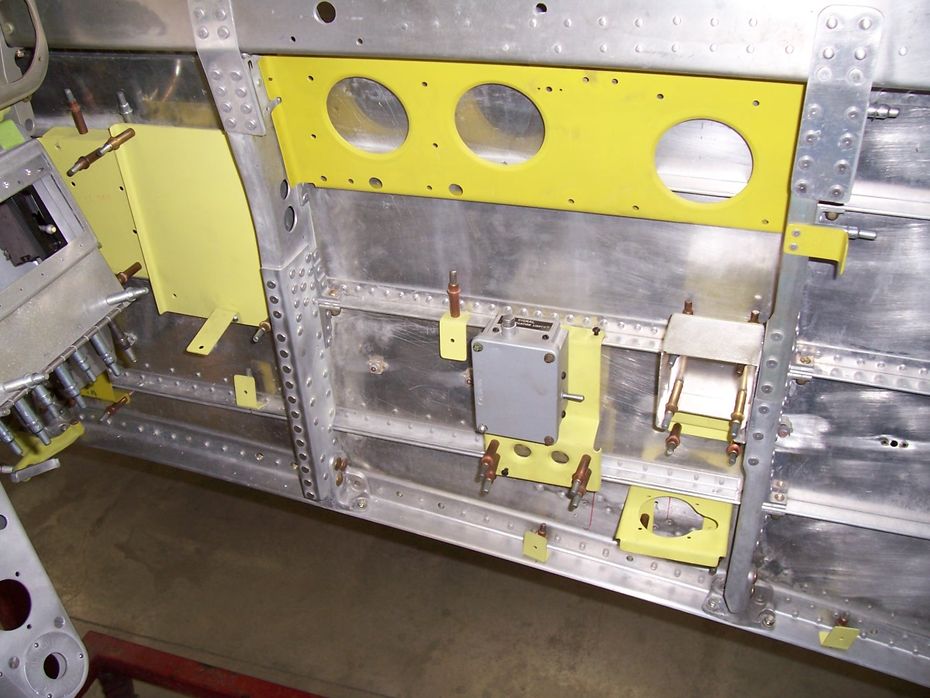 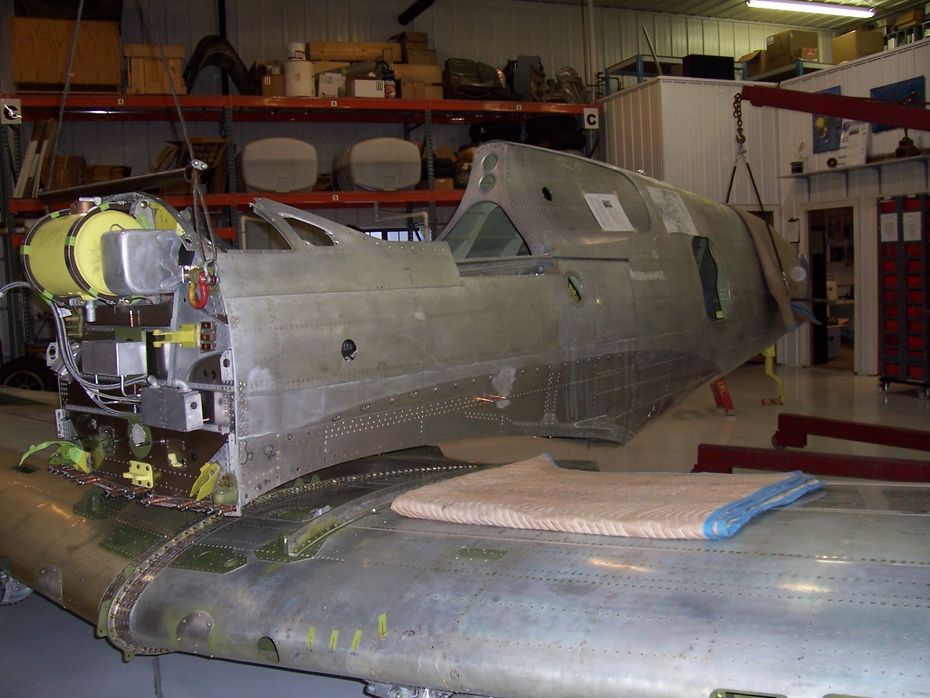 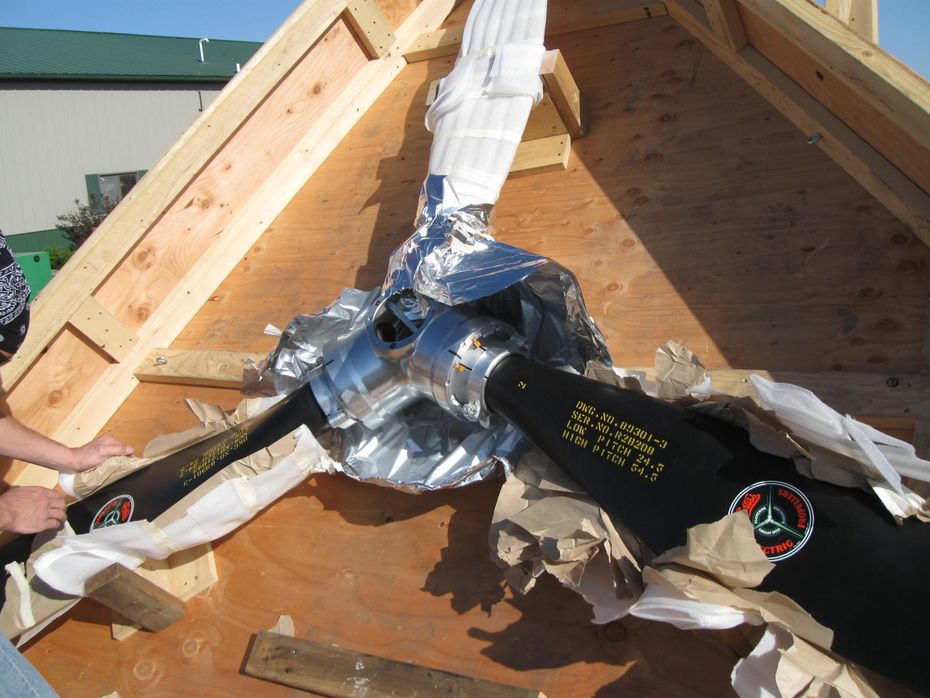 325th Fighter Group: the 325th FG activated on August 3, 1942 at Mitchell Field, NY. At the end of August, they moved to Hillsgrove (Providence), RI, and began training for overseas combat. The 317th, 318th, and 319th Fighter Squadrons, were assigned to the group. In early January 1943, the group received orders for a permanent change of station to Langley Field, Virginia.

While at Langley, the Group received new model P-40s and trained to launch their planes from a Naval aircraft carrier. On the 7th of January, pilots flew their planes to the Naval Air Station, at Norfolk. They taxied their planes through the streets, with the aid of "wing walkers", to the USS RANGER, where naval personnel hoisted them on deck. The Group embarked for North Africa on 8 Jan, arriving off the coast of Casablanca late on the 18th.

In the early morning hours of the next day, the pilots launched their Warhawks, and flew to their first overseas station, Tafaraoui, Algeria. The rest became history. The 325th achieved one of the AAF’s most impressive combat records during World War II.

They flew all of the Army Air Forces primary fighters, during the war; the P-40 Warhawk, P-47 Thunderbolt, and P-51 Mustang. Twenty-seven of their pilots achieved Ace status (five or more aerial victories). They flew over 550 missions, achieved over 500 aerial victories and received Distinguished Unit Citations for two of them. The Group also achieved notoriety as the first USAAF fighter unit to fly into Russia, on the first "shuttle mission" of the war, in 1944.

Aircraft is located at MN. Contact Courtesy Aircraft to Schedule a Showing!

200 Hours since restoration by Fagen Fighters 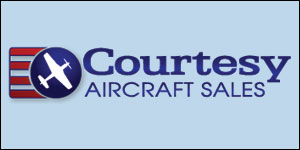