1943 BEECHCRAFT D17S STAGGERWING For Sale in Hawkesbury, ON CA 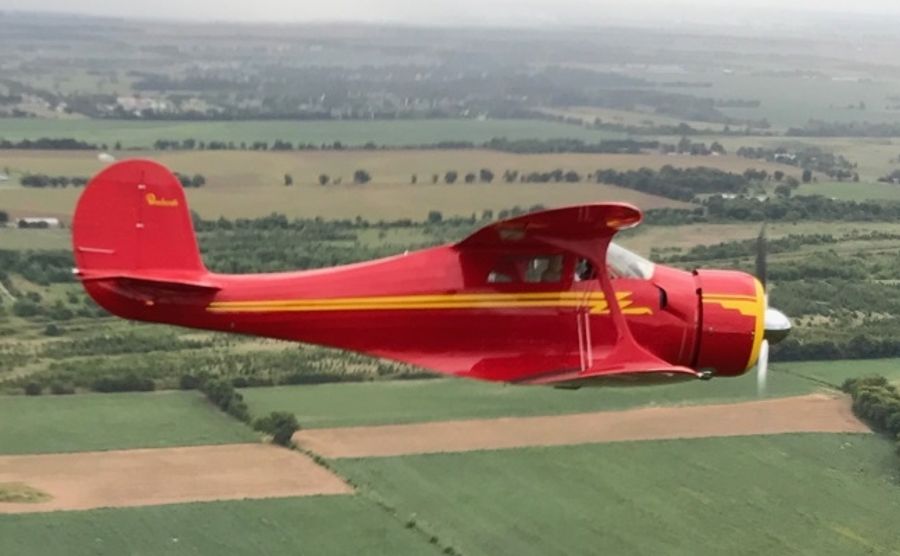 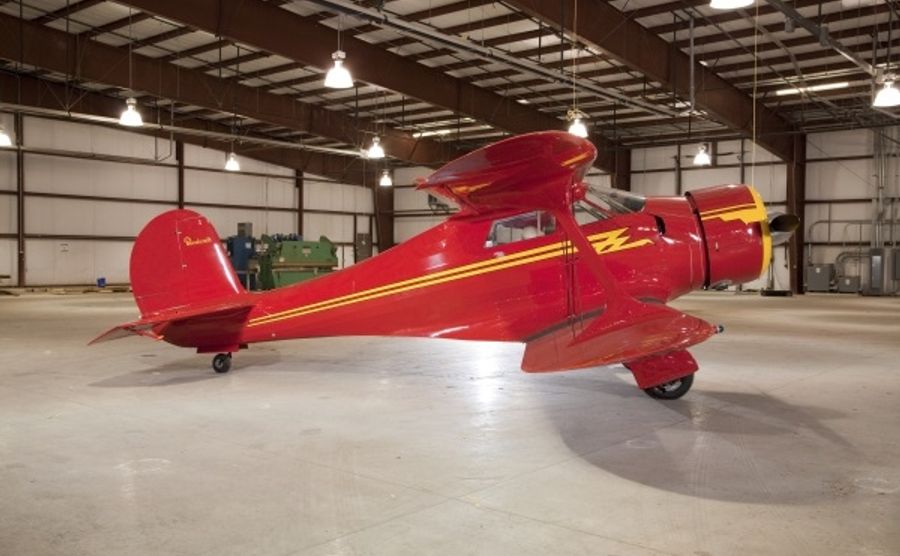 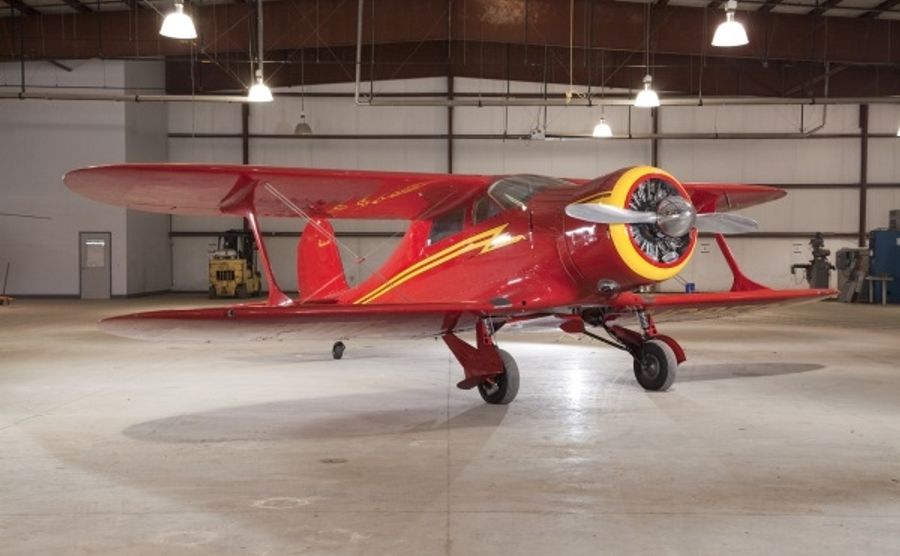 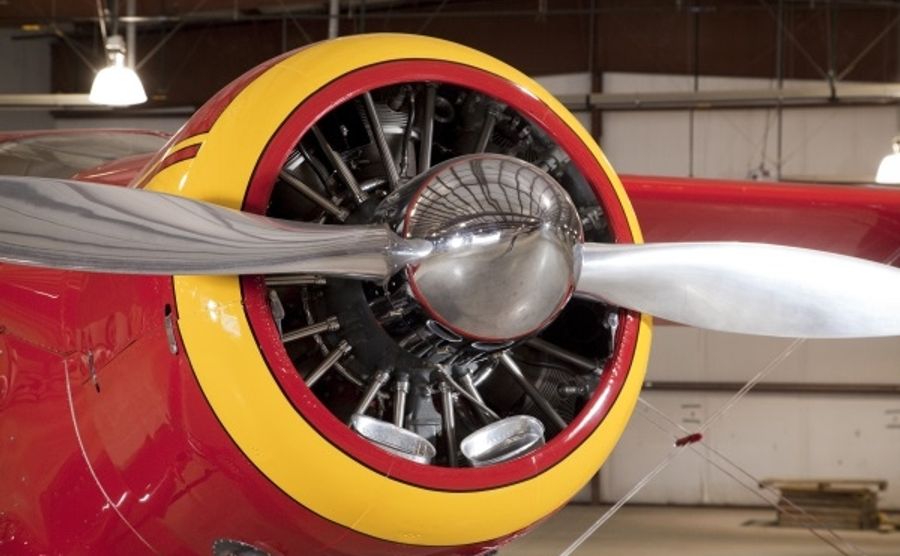 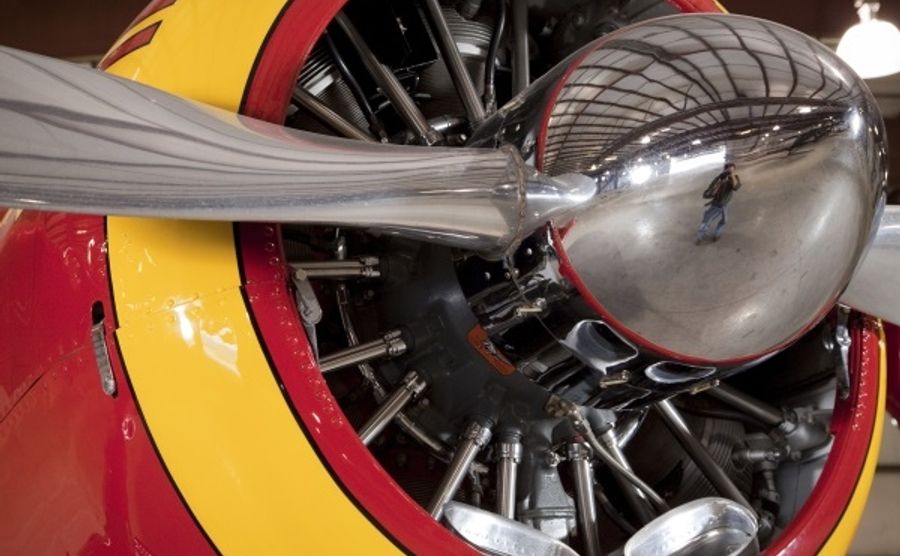 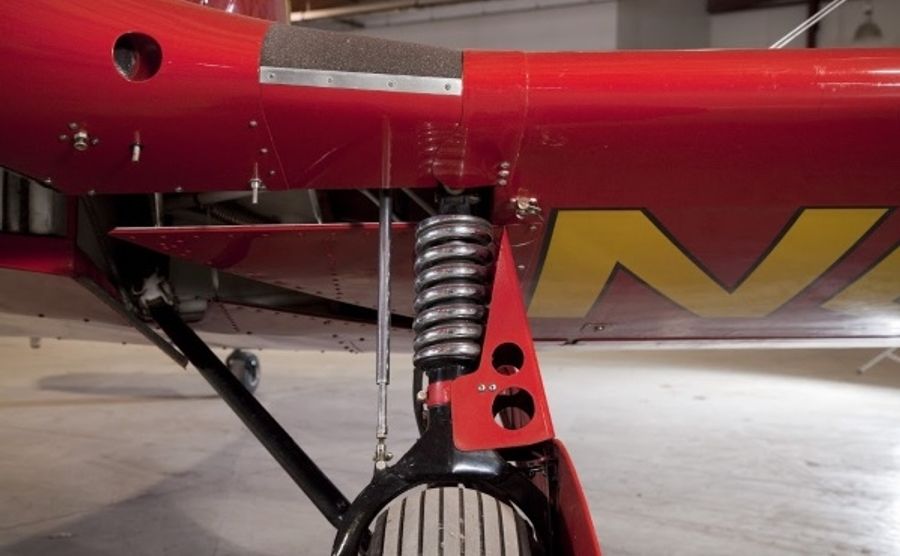 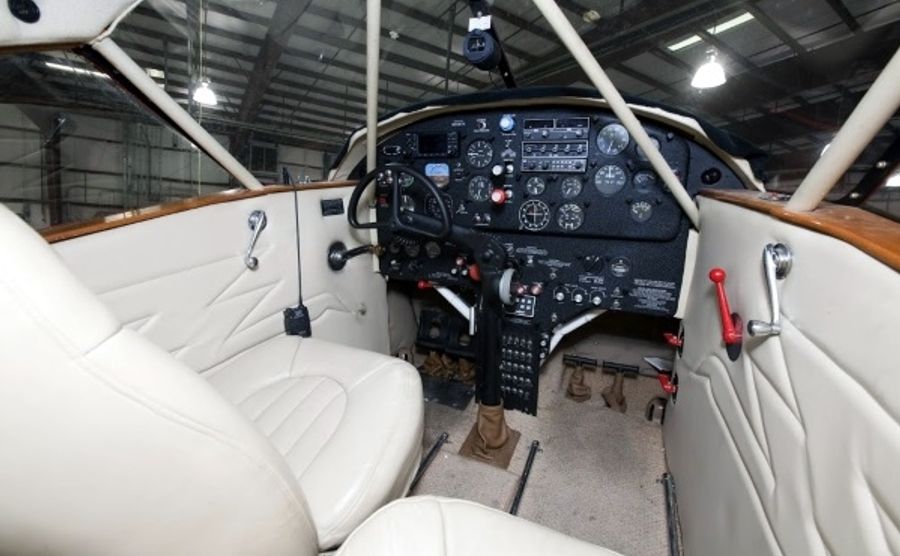 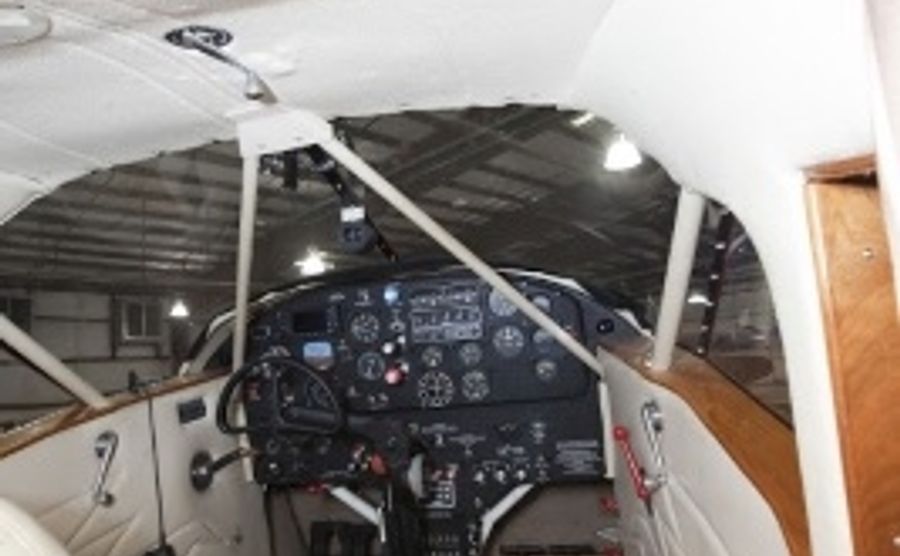 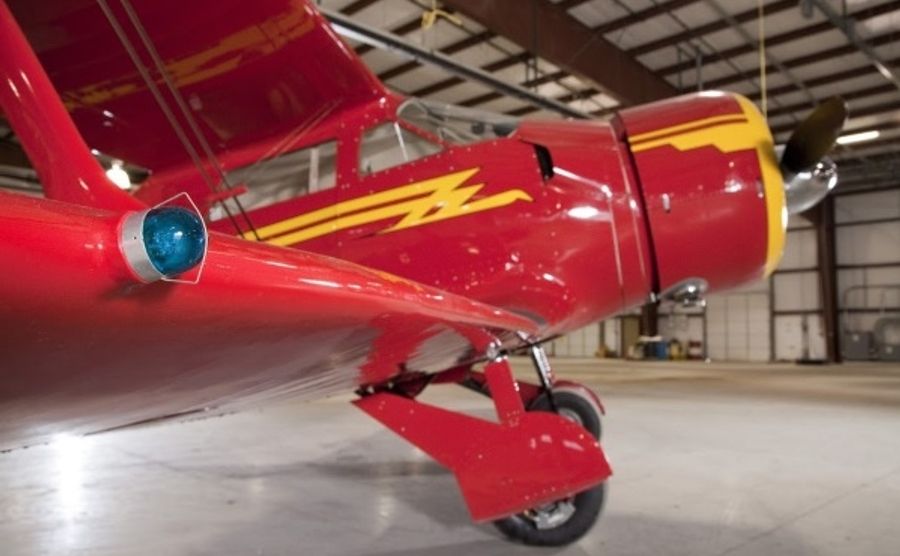 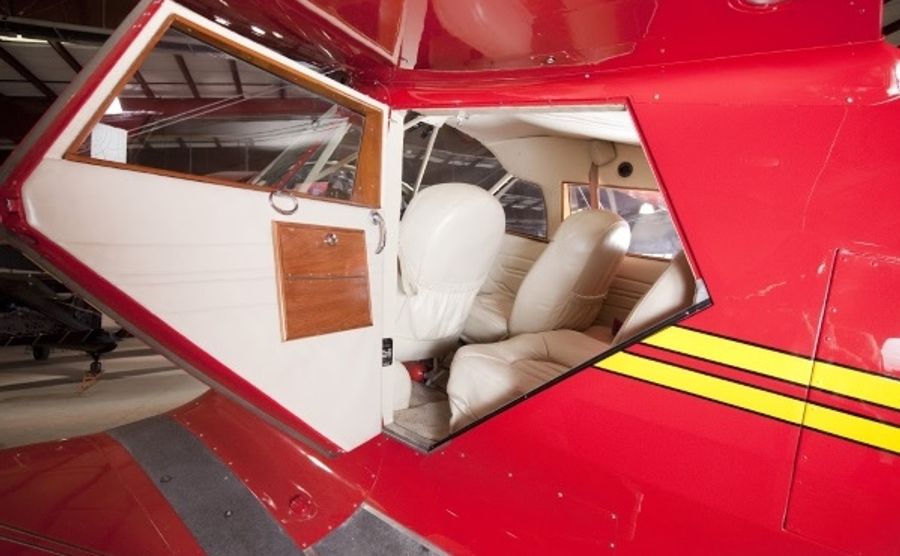 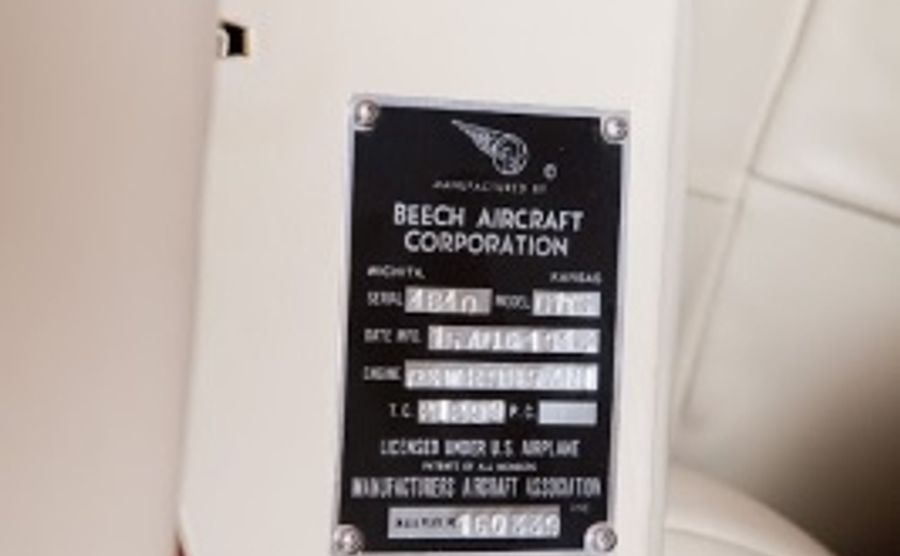 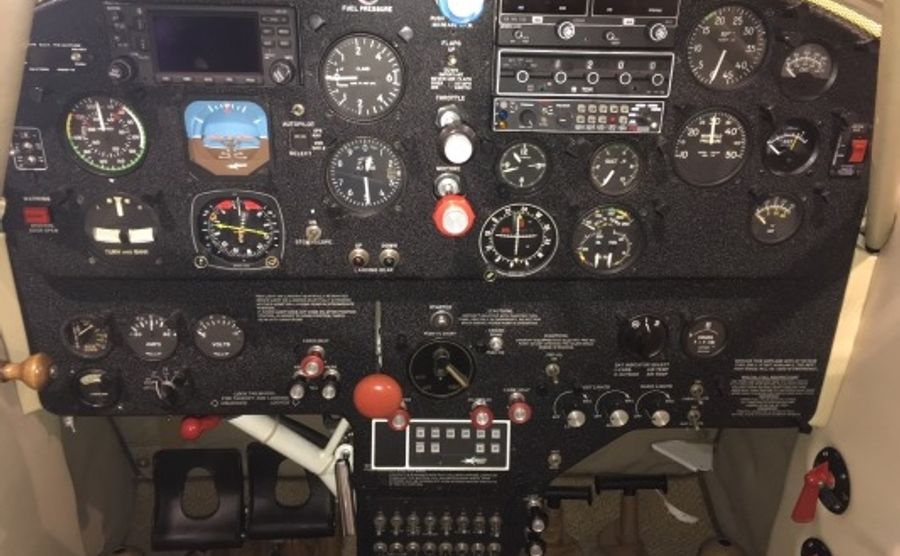 Airframe Overhaul 21/07/2001 by Edward L. Gann. Disassembled aircraft,removed fabric covering and inspected all major components. Prop removed for OH by Precision Propeller. Engine removed for OH by Covington Aircraft Engines Inc. Tubular airframe stripped, inspected, primed with two coats DP50 epoxy primer, and painted with two coats PPG Durethan-II white. The airframe was then reassembled using all new wood, wiring, circuit breakers and switches, instruments, radios, new windshields, new interior and new Ceconite 101 fabric covering IAW AAR Cooper Aviation STC SA1657GL and System II finish. New battery installed. Control surfaces rigged for proper operation and deflection and turnbuckles safetied. Landing gear doors adjusted and retraction test performed. Flying and landing wire rigged. New seatbelts installed for all seats, new shoulder restraints installed for pilot and co-pilot seats.New interior installed using approved aircraft fabric. Fuel system checked for proper operation and leaks. Engine oil system checked using installed engine pre-oiler. Electrical system and alternator checked for proper operation during engine run. New Cleveland wheels and brakes checked during engine run-up. Aircraft weighed with all equipement in place and full oil. New equipment list prepared and added to aircraft records. FAA form 337's filed for all special equipment, radios and auto-pilot system installed. Complete details of all work performed may be found in aircraft records on AERO J CORP WORK ORDER NO 484011994. AD's checked through T-DATA Rev.2001-12. Beech Aircraft Company sold the 785th and final Staggering airplane in 1948 and delivered it in 1949. There were 270 Beech Staggerwing sold to the military - ever. And this is one of them. In March 2003, Plane & Pilot magazine named the Staggering one of its Top Ten All-Time Favorite aircraft.[3] In the April 2007 issue of AOPA Pilot magazine, it was reported that the Staggering airplane was voted by nearly 3000 AOPA members as the Most Beautiful Airplane. "Members said it's the perfect balance between 'muscular strength and delicate grace,' and rated it highly for its 'classic lines and symmetry.'" The November 2012 issue of Aviation History magazine ranked the Staggering fifth in their top 12 list of the World’s Most Beautiful Airplanes. Stating that "Some might think 'the Stag' ungainly, backward wings and all, yet it has become the prime example of vintage beauty." and "...the aft ward upper wing led to the big, steeply raked windscreen that is also a key element of what some have called an art deco classic."[4] There are so few of these plane left flying that the Staggering Museum Foundation in Tullahoma Tennessee is now actually the Beechcraft Heritage Museum, widening its scope to include Beech 18's and Bonanzas. There just weren't enough old guys with Staggerwings aircraft left to support it. There are roughly 282 known airframes known to exist worldwide in "mostly complete" condition. http://beech17.net/?page_id=38 I hear regularly from people about the "market" for these planes. There is no such thing. First, they have no known use. They are strictly collectibles. And about two of them trade per year, almost always in a private transaction, among the well-heeled 80-something crowd. There is no "market" or market price. Only costs. But the enthusiasm is such, and the engine so widely used elsewhere, that we've just never had any difficulty getting parts for it. This plane was commissioned for restoration by Pat Wiesner, another publisher from Denver. It took seven years and $725,000 to complete. We are asking $395k for it. Which is essentially a contribution to the community. I'm done flying for all practical purposes and it should have a good home. It is in annual , and currently perfectly operational and to my knowledge, flawless. It's not a barn survivor aircraft. It has been restored to museum grade. It's a collectors aircraft. And I cannot imagine anyone having an interest in it at any price that wasn't a collector or very seriously enthusiastic about this aircraft and its history. Round engine tail draggers are not generally for the faint of heart or new pilots. At the collector price and condition level, the qualified buyer is a rarity.
Make
Model
Hours
engine
186 hrs SNEW
prop
186 hrs SNEW