22,000SF WAREHOUSE FOR SALE For Sale in Williston, FL US 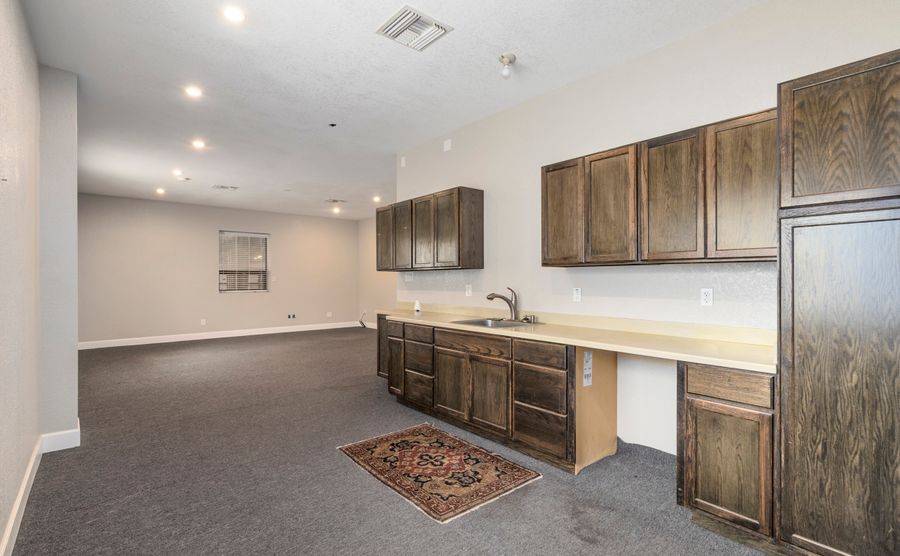 The building was originally designed to manufacture hangar doors in 1990 and uniquely incorporates large hangar doors on it's exterior. The western side of the building includes three large retractable doors that measure 28'3", 30'3" and 66'3" in length and offer 21' in clearance.  The eastern side of the building also features a door which provides a 17'8" x 9' entry.  Inside, there's a two story 2,400 SF office space which includes an executive office/apartment with kitchen, full bathroom and shower.   The majority of the building includes an eave height ranging from 22' to 26' with the former machine shop/electrical room having an 8- 10' eave height.  The north end of the building also features a 2,926 SF canopy for additional covered storage.  The building originally was divided into three fabrication areas, with the two major areas being divisible by large sliding metal doors.   Affixed to the main warehouse area on the eastern side is a Quonset hut, which is flanked by two metal semi-trailer storage containers for addition storage.  Portions of the building are wired for 240 volt three phase.