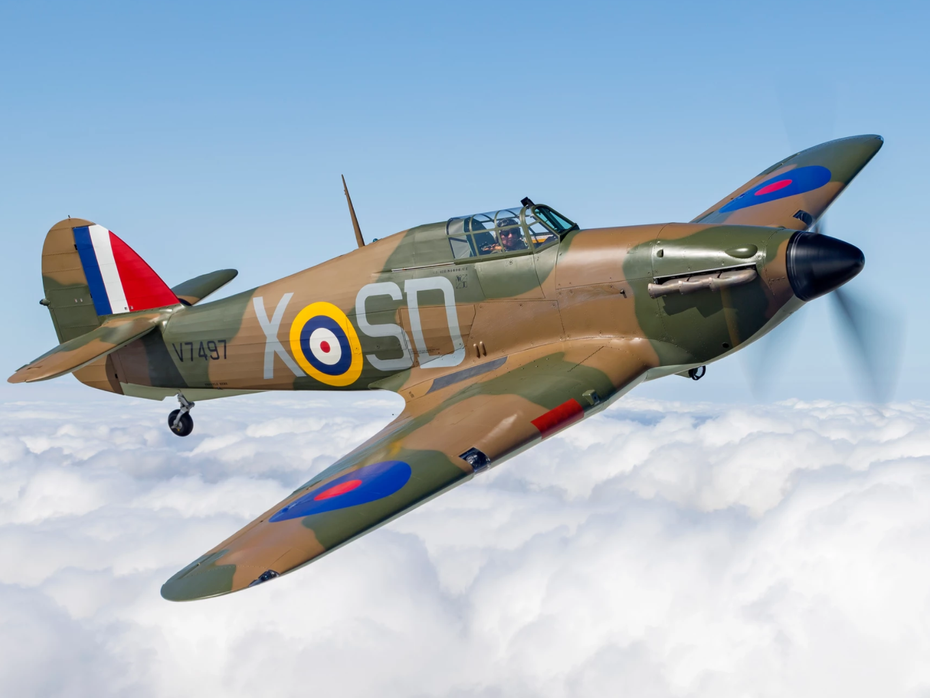 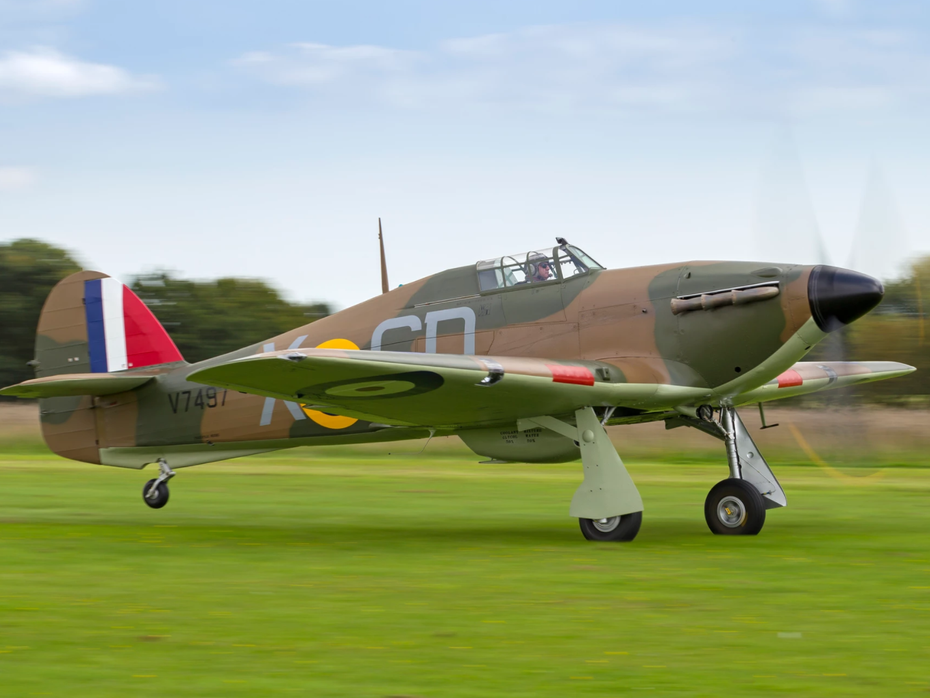 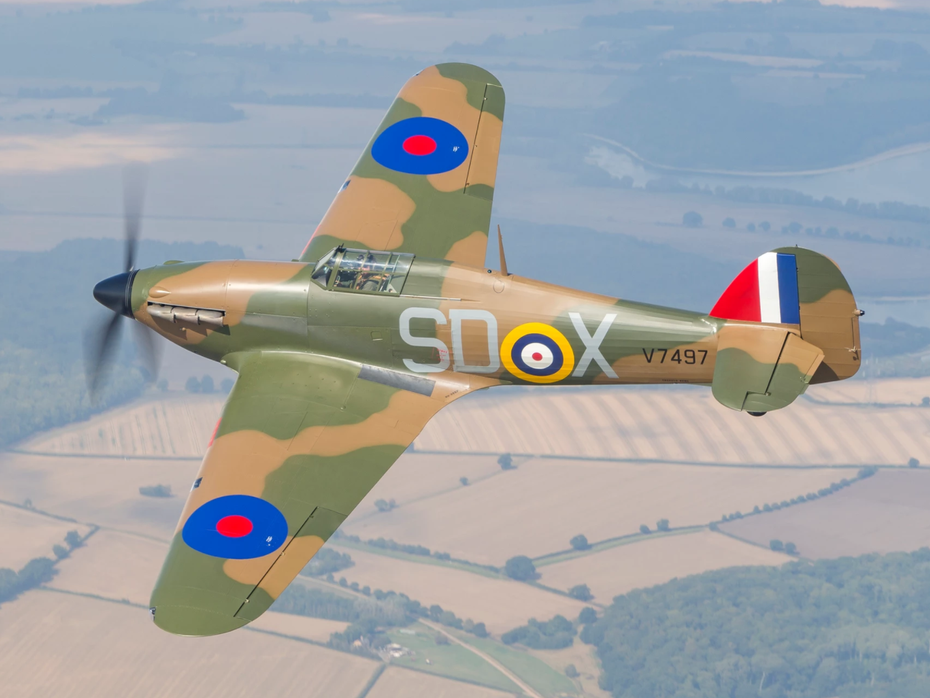 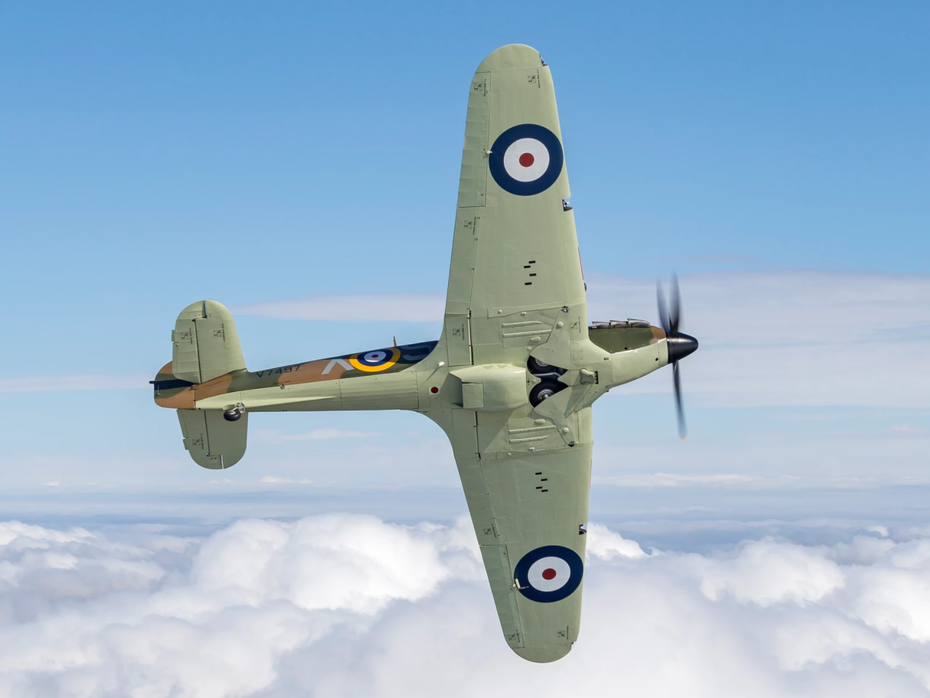 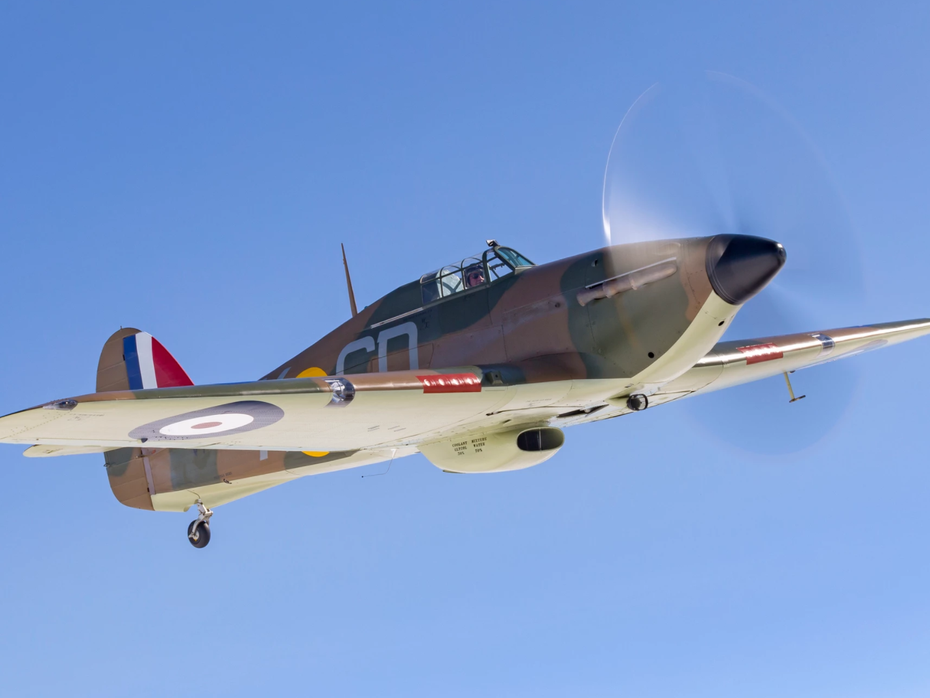 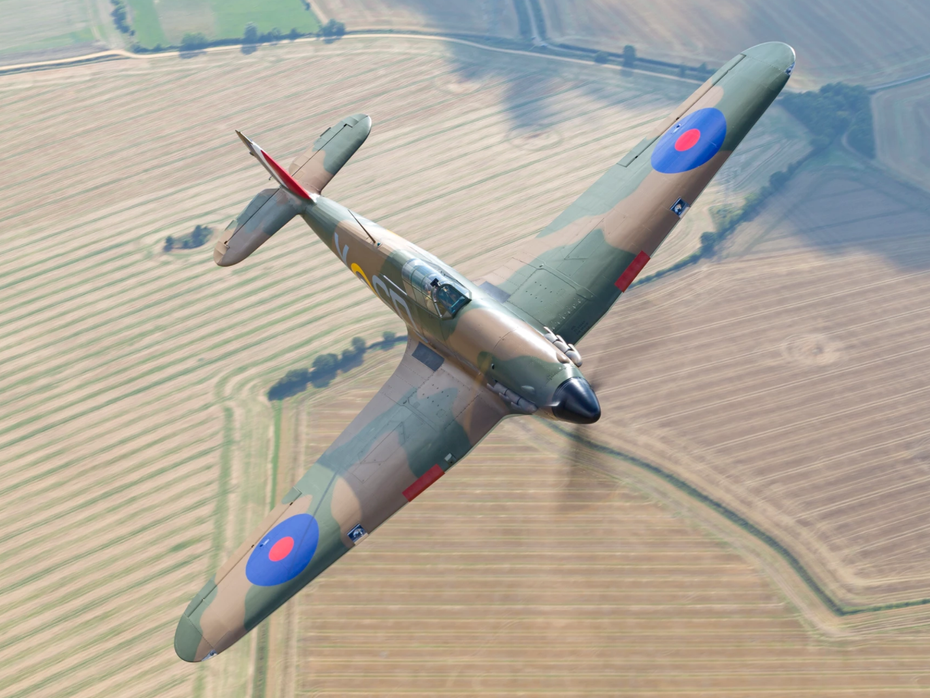 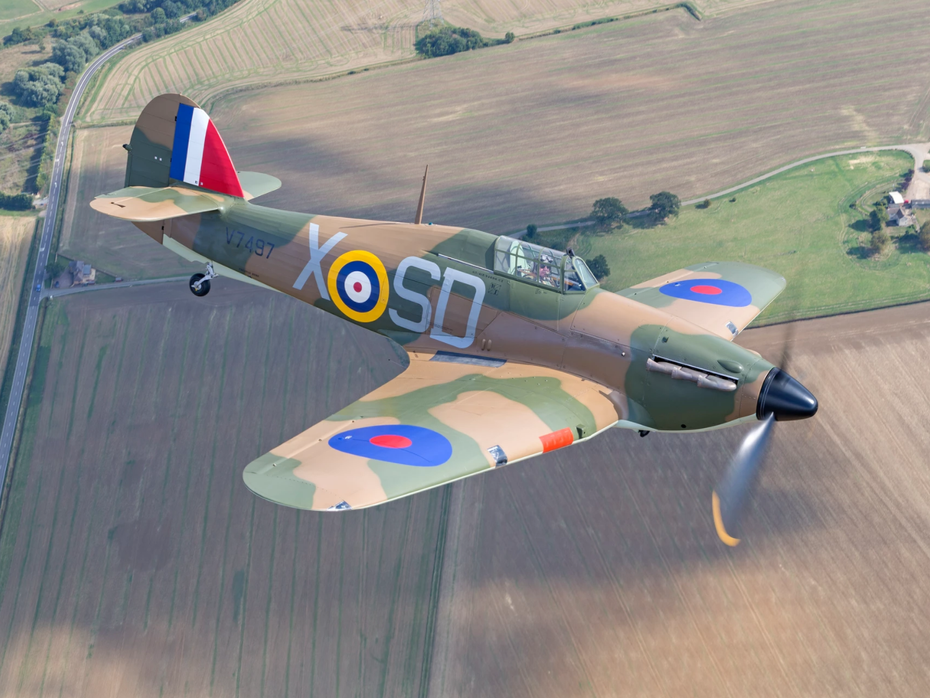 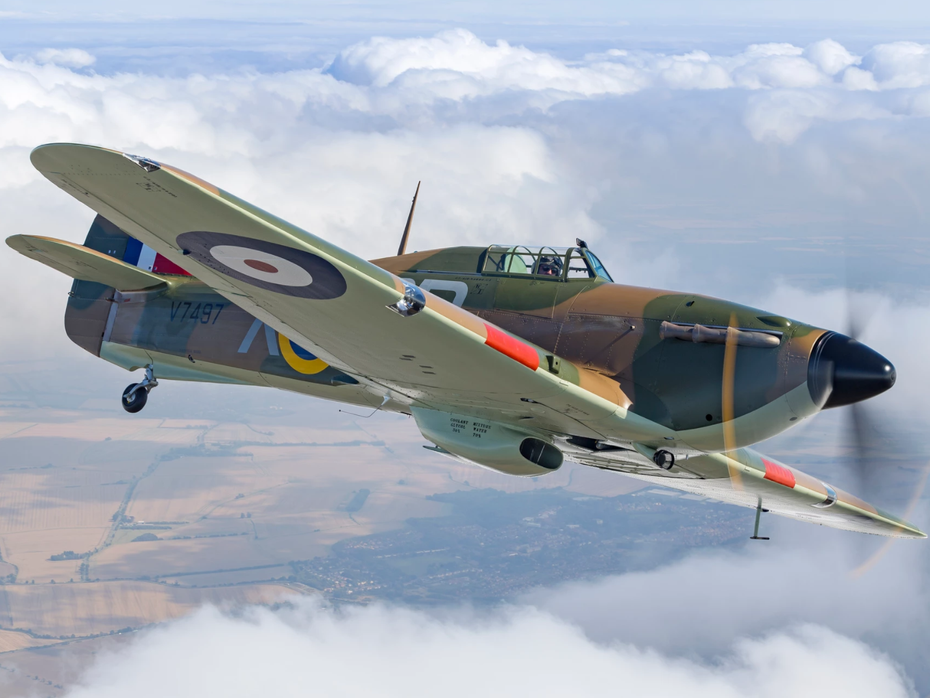 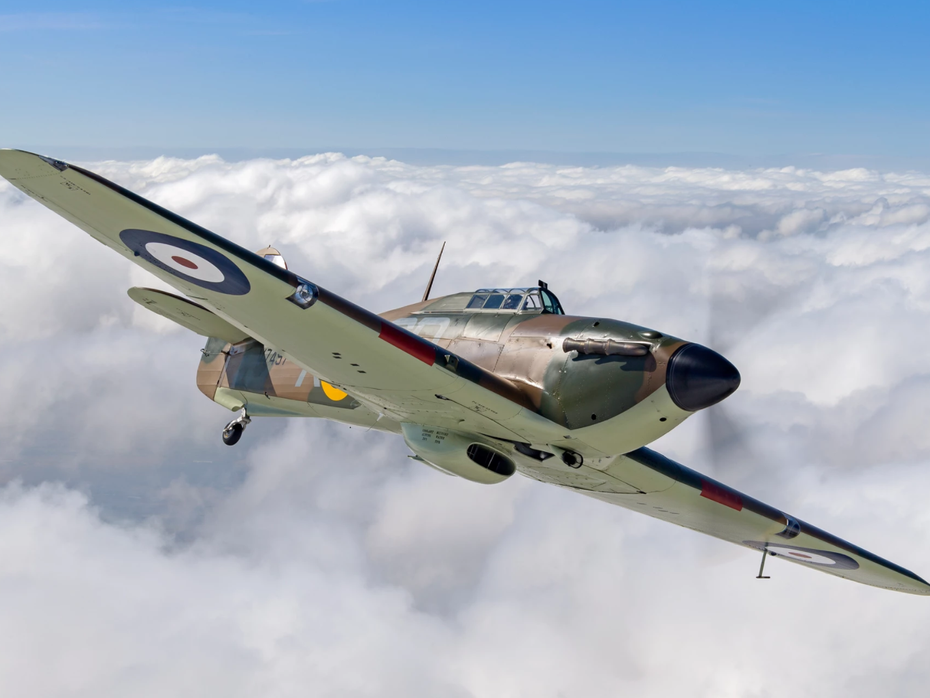 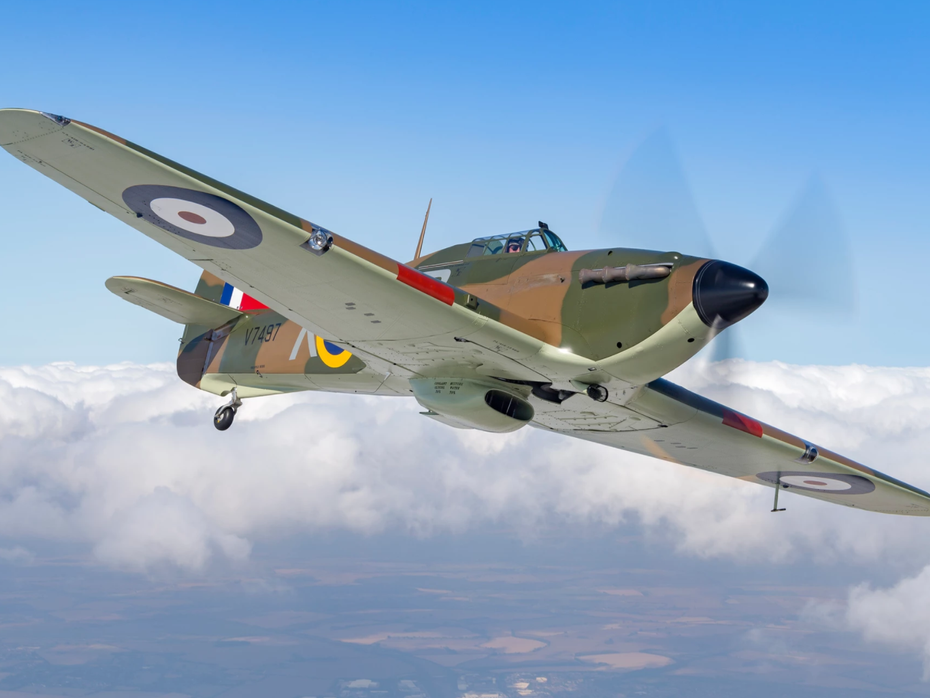 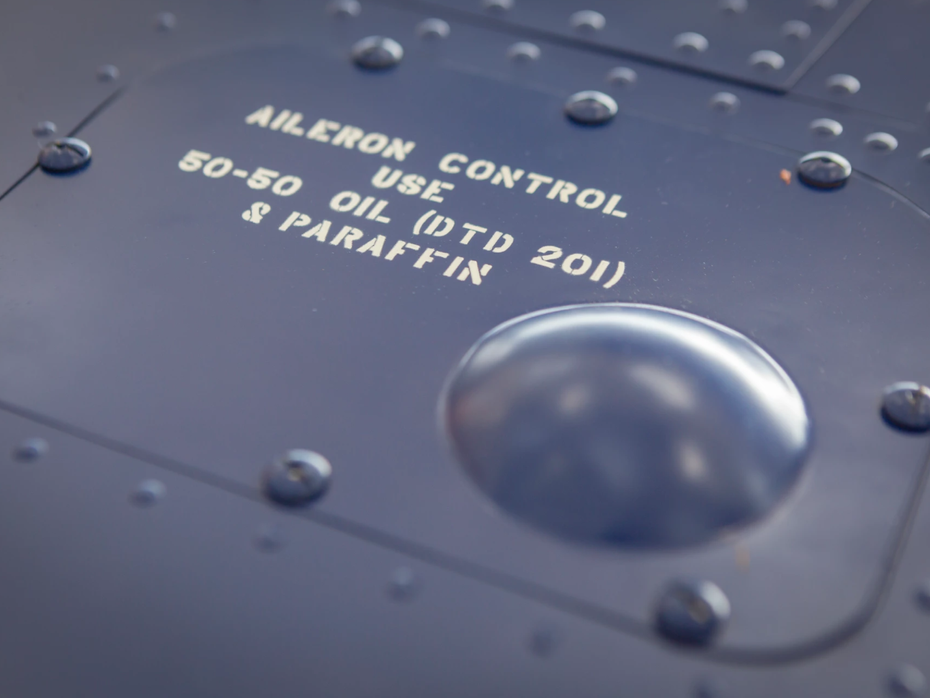 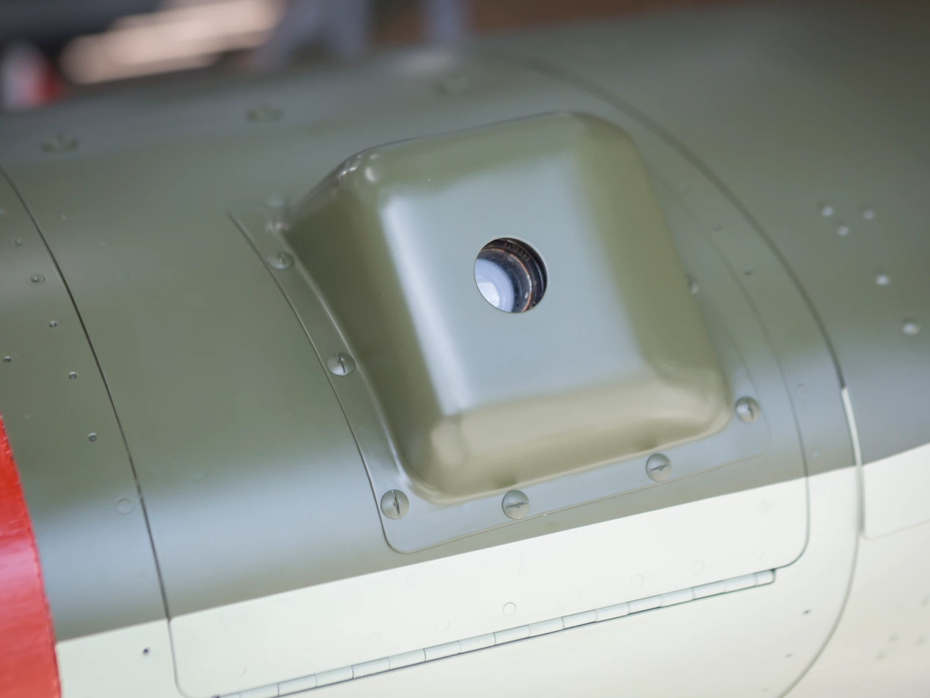 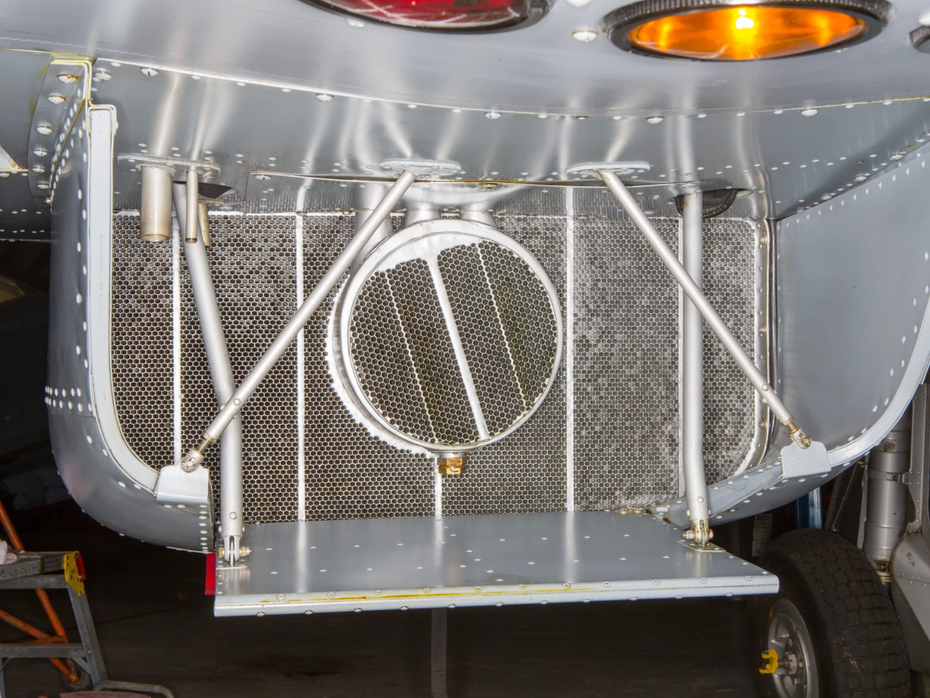 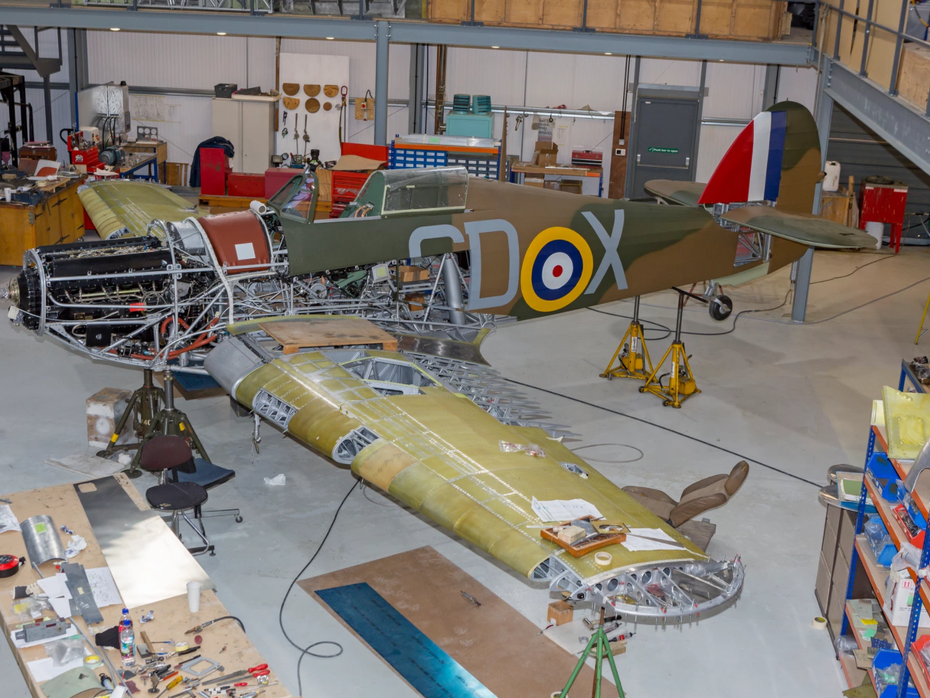 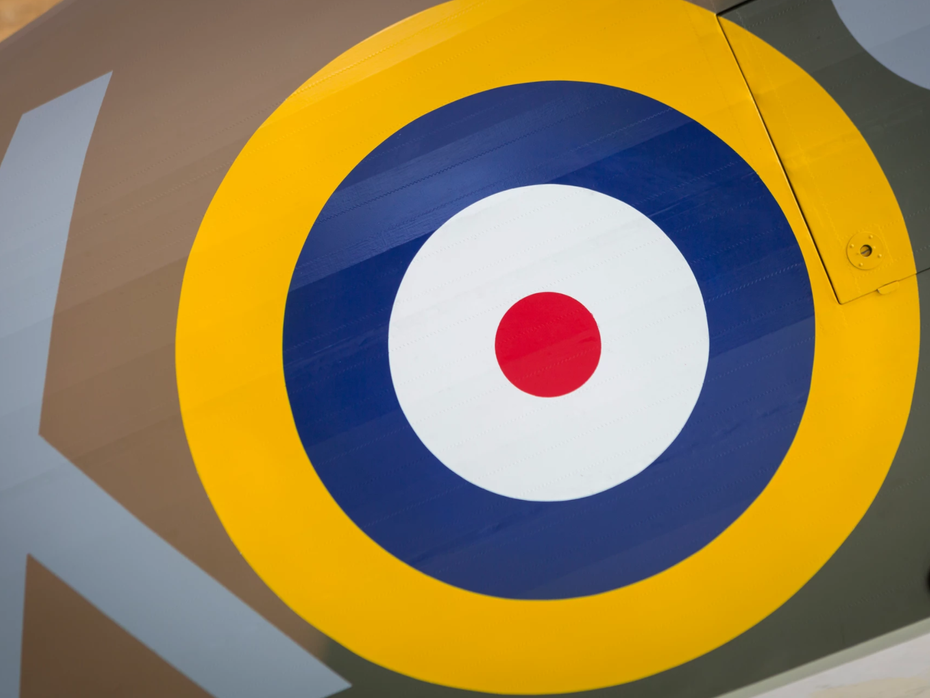 After an in-depth restoration completed by Hawker Restorations, Hurricane V7497 returned to the skies on 31st August 2018. A thorough test flying process followed and the Hurricane was delivered to its new home at the Imperial War Museum Duxford on 14th September 2018. V7497 will form part of the Battle of Britain exhibition at the museum. There now exists an opportunity to purchase a one quarter (1/4) share and fly this iconic Battle of Britain artefact, at what some would say is a very affordable price.

V7497 is a Hurricane Mk I, manufactured in August 1940 by Hawker Aircraft Ltd at Kingston. Flown operationally at the very height of the Battle of Britain from the famous fighter station, Kenley, in East London, the aircraft was lost during an operational patrol on 28th September 1940 over Sutton in Kent.

V7497 was part of the fourth Hawker production block by Hawker Aircraft Limited, constructed at Langley to Air Ministry Contract no.62305/39 and powered by a Rolls-Royce Merlin III. Deliveries from this block commenced on the 2nd July, 1940 and were completed on the 5th February, 1941. The average rate of production about two aircraft per day. Given the manufacturer’s construction number 41H-136172 the aircraft was allocated RAF serial number V7497 on completion and initially delivered to 20 M.U. (20 Maintenance Unit) which was based at RAF Aston Down in Gloucestershire. Following the installation of service equipment V7497 was issued to 501 (County of Gloucester) Squadron at Kenley, on 19th September 1940, primarily to make up losses which had been inflicted on the squadron throughout the summer. Used operationally for the first time by Sgt. Sayward on the afternoon of 24th September, its service career was short lived and it was shot down by Bf 109’s over Kent on 28th September after only six further operational sorties. The airframe came to earth in Sutton and the pilot, P/O E B Rogers survived the incident by taking to his parachute. P/O Everett B. Rogers had a long and distinguished RAF career during WWII and it is believed he survived the war. During his time with 501 Squadron in 1940 he flew V7497 more than any other pilot. Having been posted from 615 Squadron in early September, he distinguished himself on 15th September by destroying a Do.17 medium bomber on the day which has been remembered as the height of the Battle of Britain. This remained Rogers only victory as a fighter pilot and he stayed with 501 until October 1940.

The following record of the operational missions carried out by V7497 was derived from study of the Operations Record Book for 501 Squadron (September 1940) held in the UK National Archive at Kew: