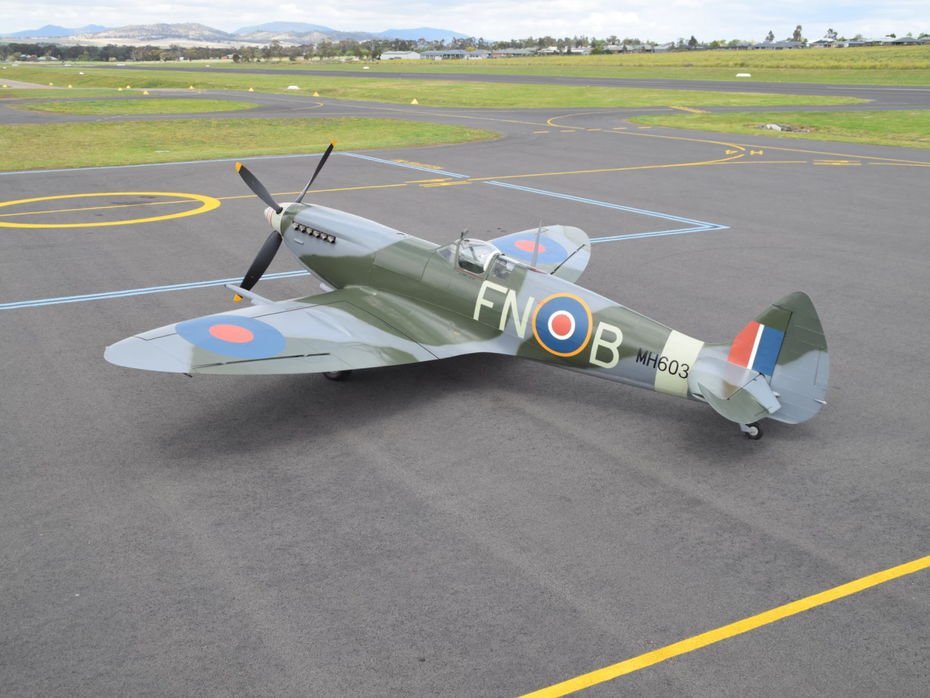 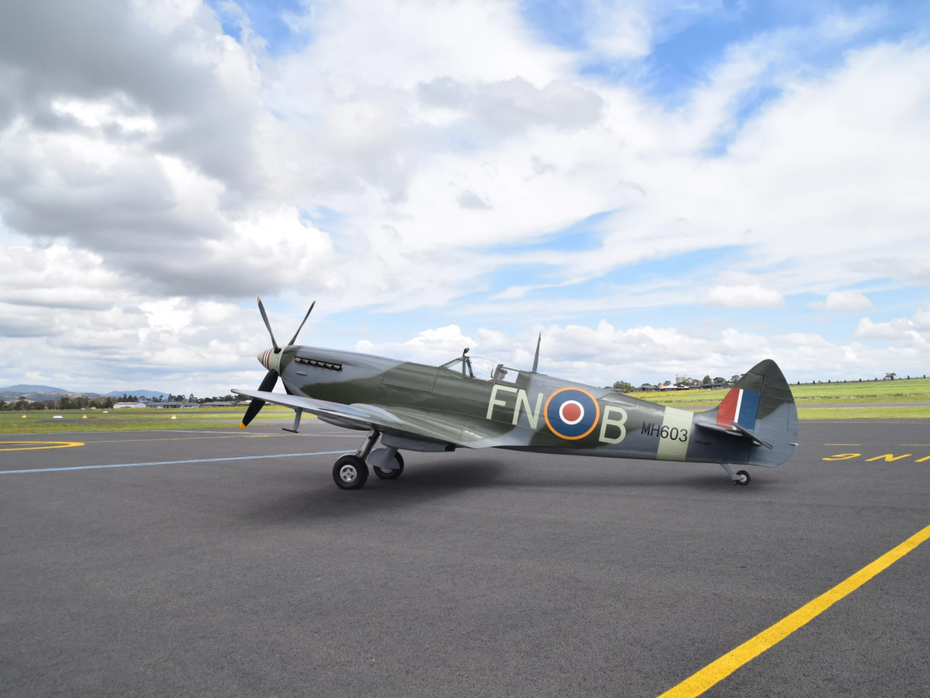 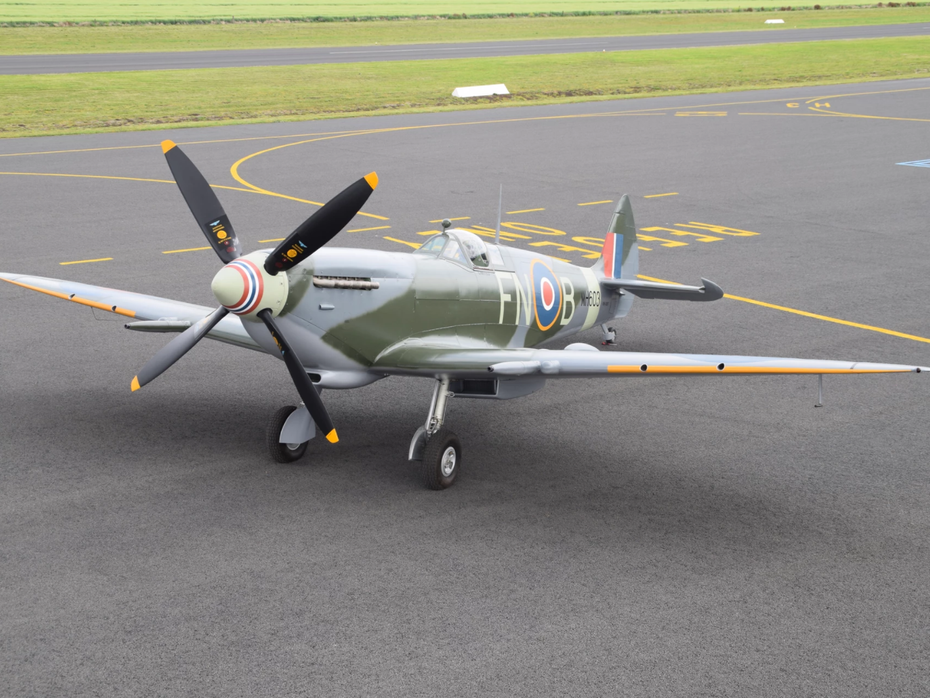 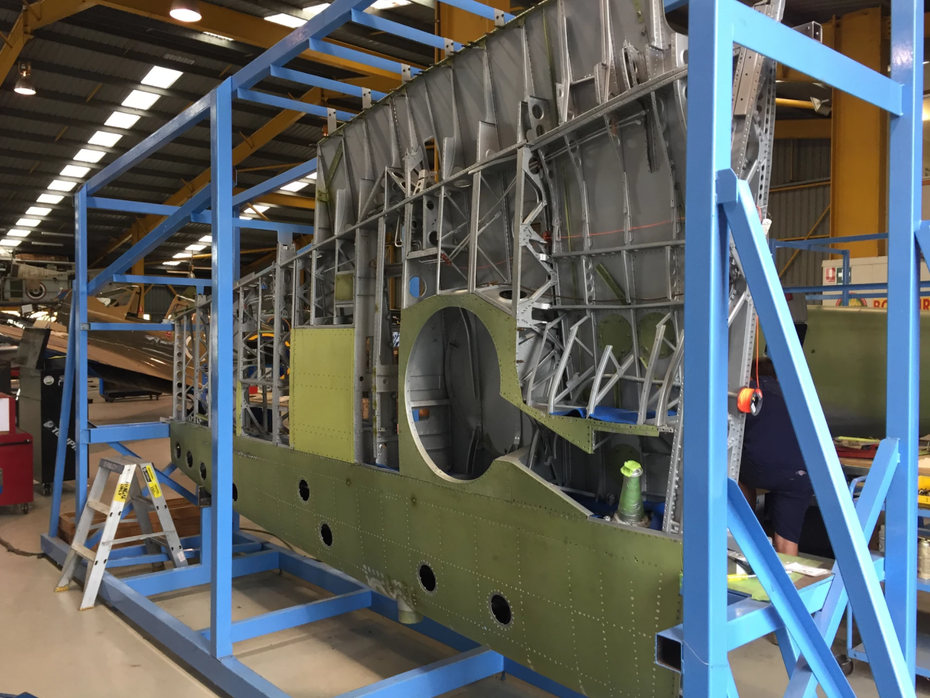 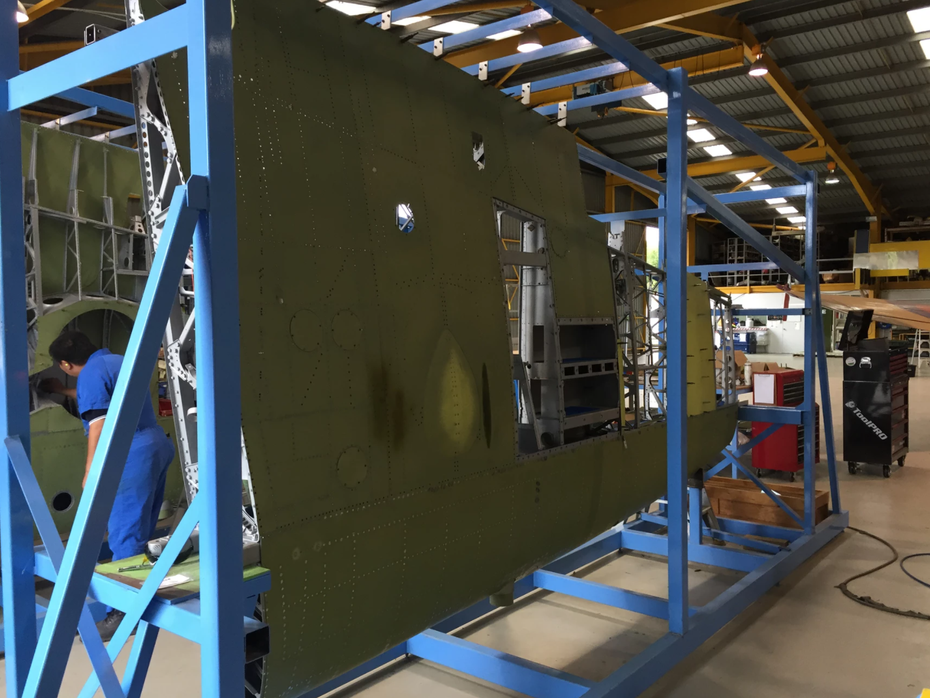 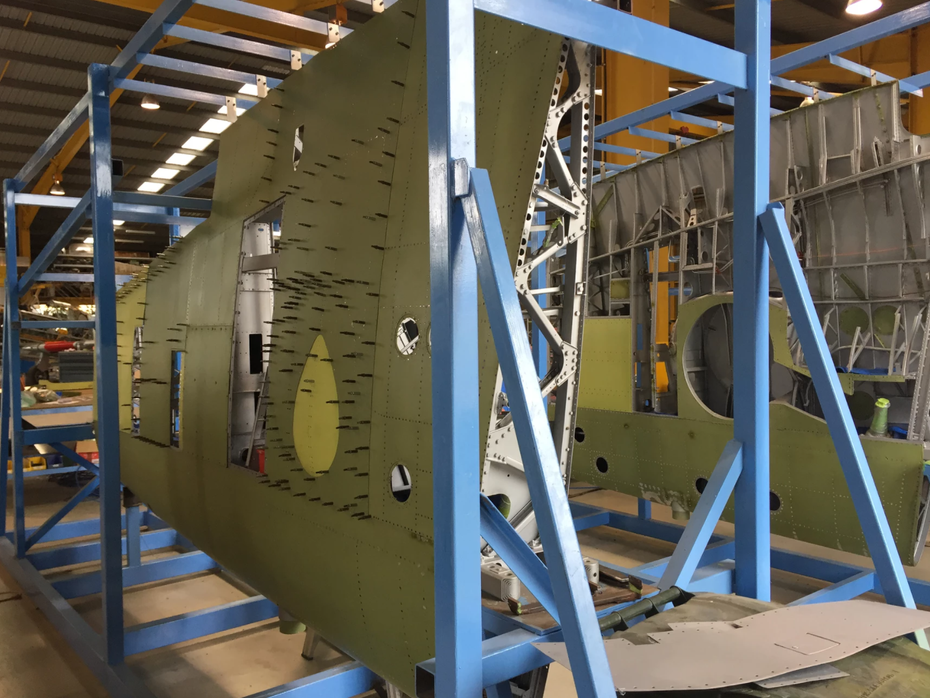 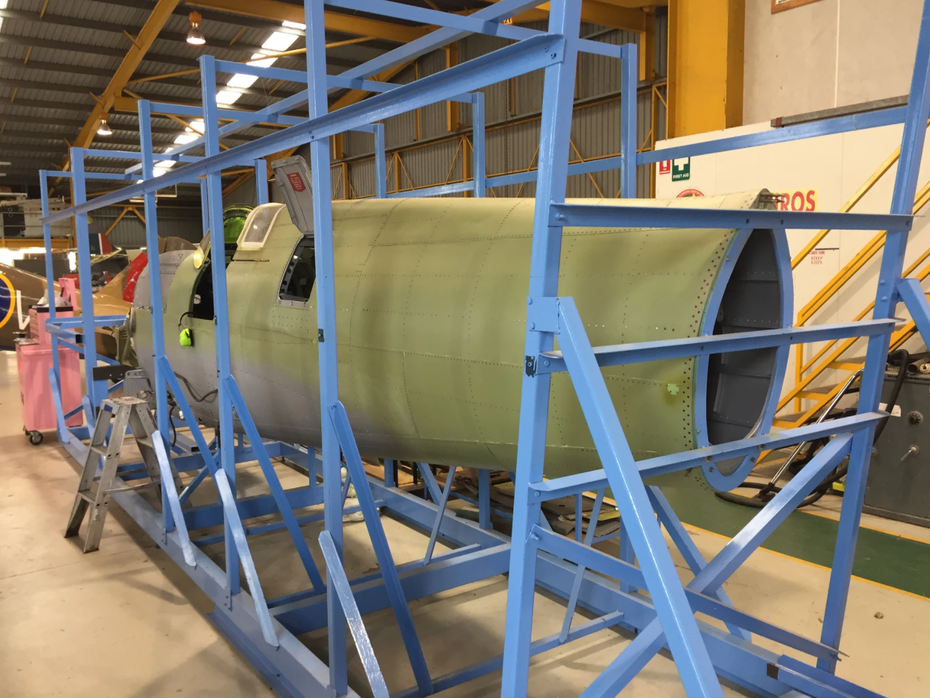 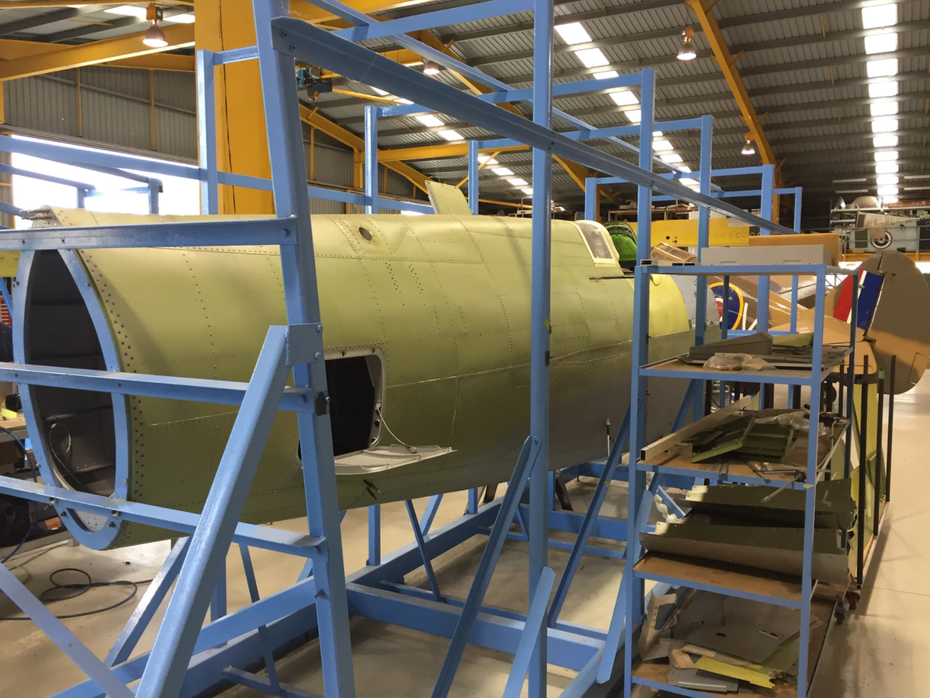 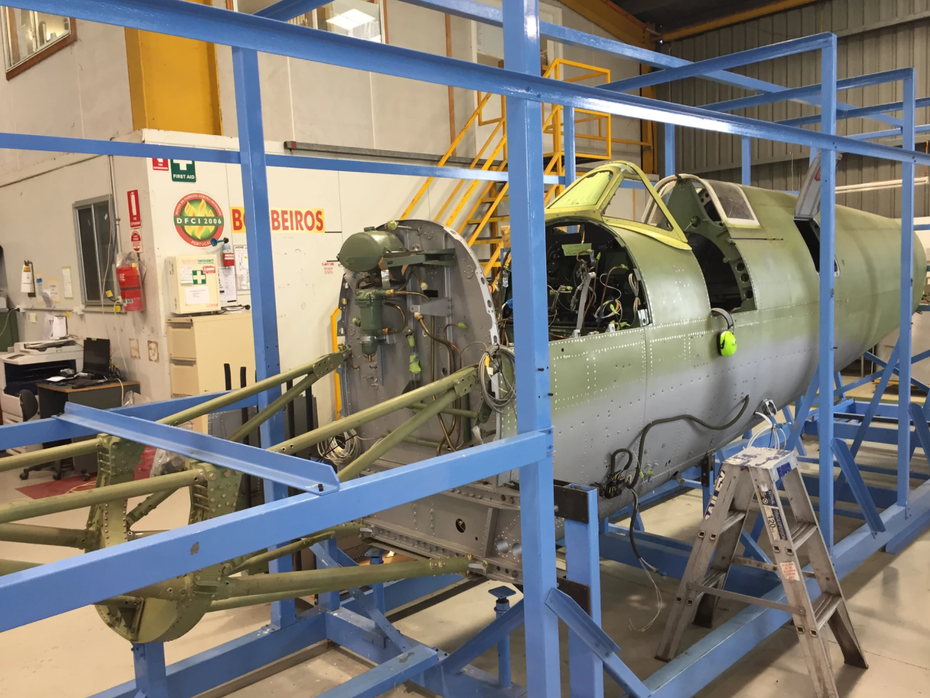 Built for the RAF,  MH603 rolled off the Vickers-Armstrong production line in Castle Bromwich during the spring of 1943 and delivered to 39 MU (Maintenance Unit) on 15 October that same year. She then passed onto 405 RSU (Repair and Salvage Unit) at Croydon on 25 October 1943. The Spitfire commenced Operational Service with 331 (Norwegian) Squadron on 3 January 1944 and served operationally coded FN*B (as she is marked today) and flown by Capt. Bjorn Bjornstad, then transferred to 274 Squadron and coded JJ*K on 2 June 1944 where she was flown by Warr Off O.S.G Baker. The Spitfire is noted as going to Fighter Leader’s School, FLS Millfield on 21 August 1944 and then to the Central Fighter Establishment (CFE) Tangmere on 1 June 1945. Following its operational service, the aircraft passed through a number of training and maintenance units.

During 1989, the Spitfire was recorded in the UK with Steve Atkins of Rye, Sussex and then with John Sykes of Oxford, UK. In 1993, the Spitfire was sold to Joe Scogna of Vintage Air, Yardley, PA, USA. During this period, the Spitfire was under restoration with Ray Middleton of Fort Collins, CO, USA until sold to Provenance Fighter Sales in 2008 and then on-sold to Pay’s Air Service of Scone, NSW, Australia in 2009.

Vintage Fighter Restorations (a division of Pay’s Air Service) Aviation completely disassembled the aircraft and has completed a 100 point restoration to the highest standard over an eleven year period.

All original British hardware has been utilized, along with many NOS (new old stock) components and the fitting of new wing spars. MH603 was placed on the Australian civil registry as VH-IXF on 28 July 2011 with her first post-restoration flight pending during 2021.

The Spitfire is available for immediate purchase with delivery upon completion of test flight program during the last quarter of 2021.

Authentic RAF Day Fighter scheme in the livery of MH603 coded FN*B whilst serving with 331 (Norwegian) Sqn and flown by Capt. Bjorn Bjornstad. 10/10