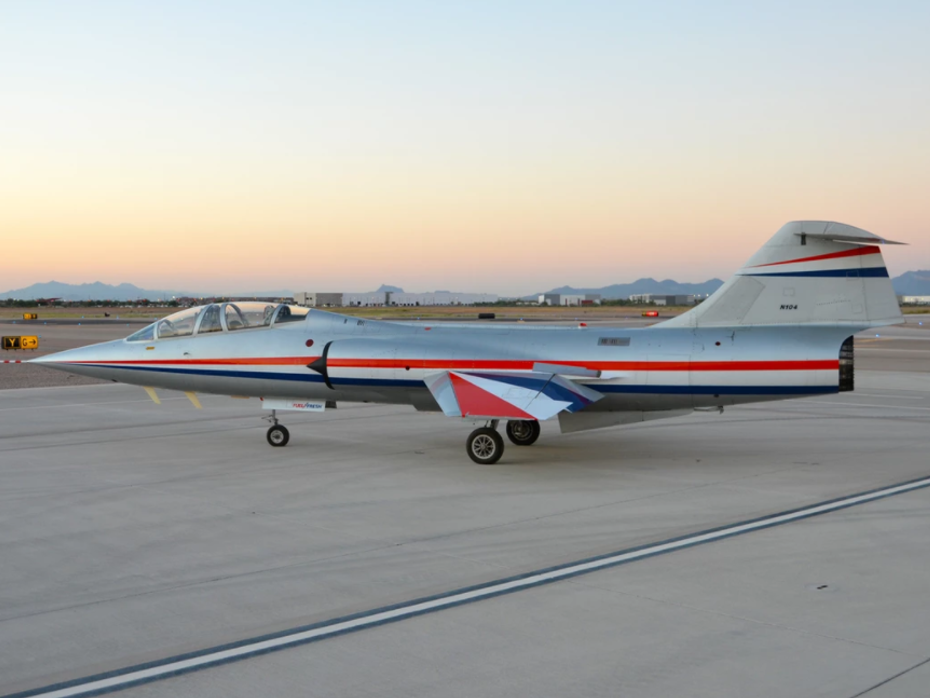 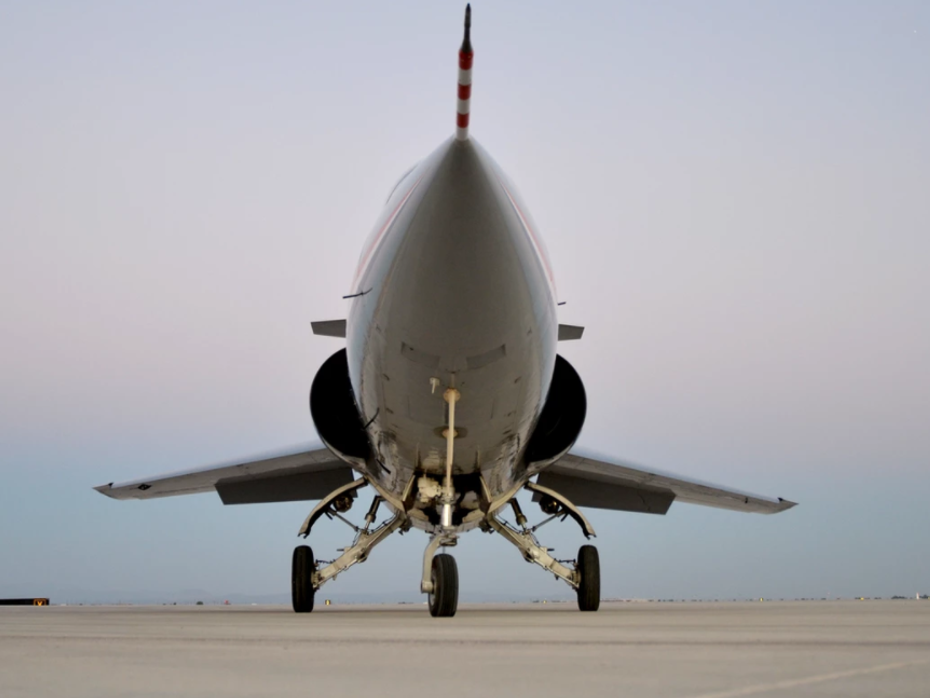 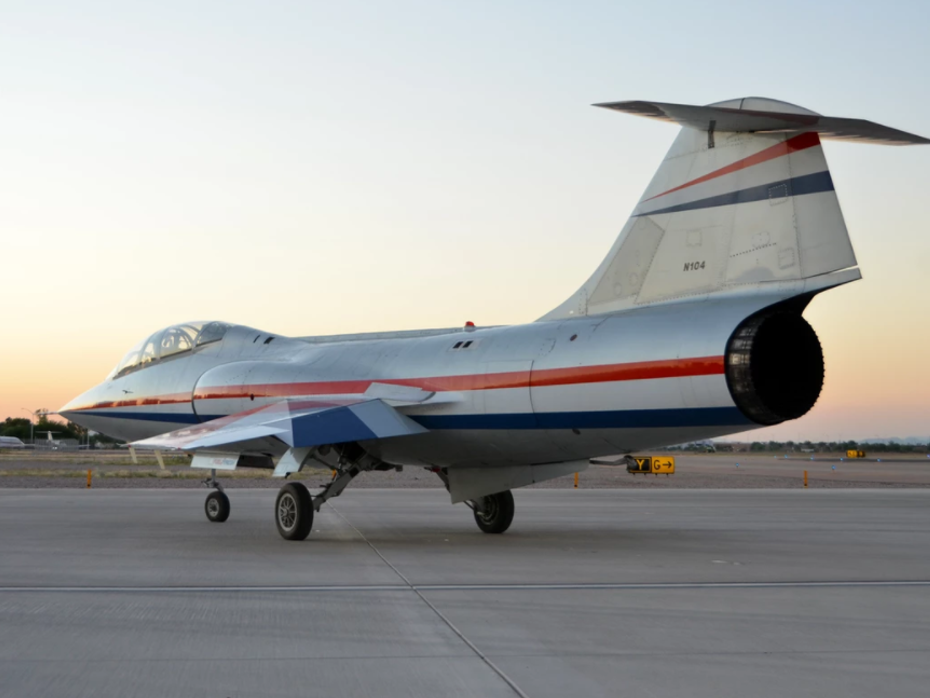 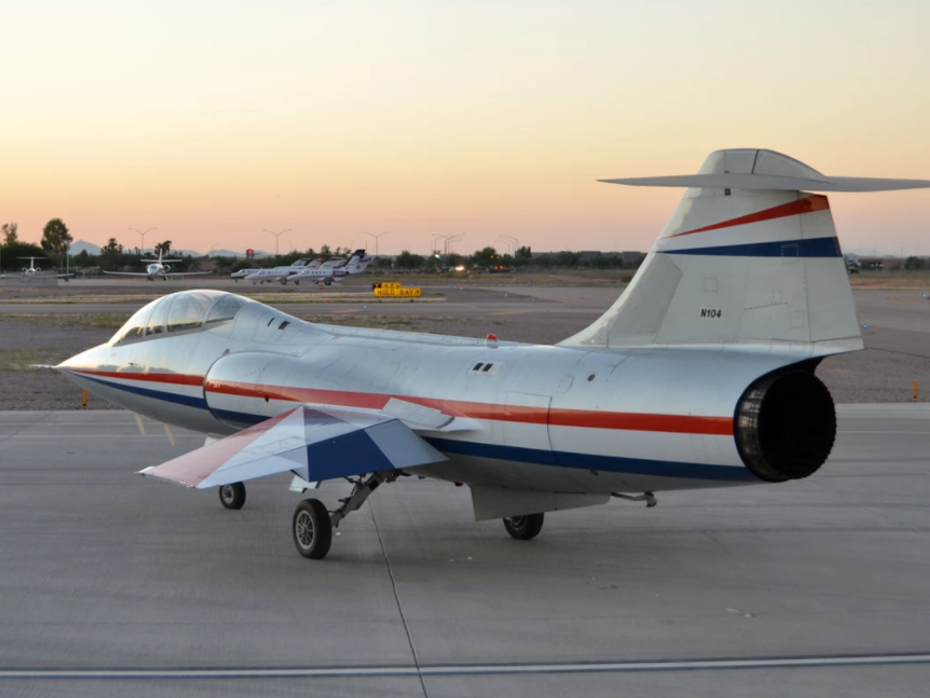 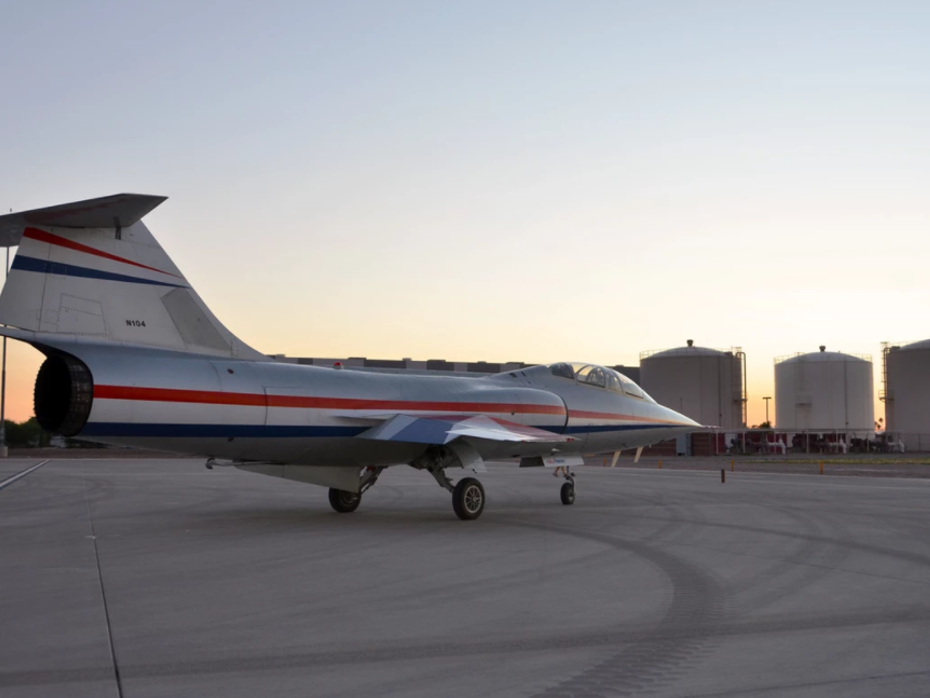 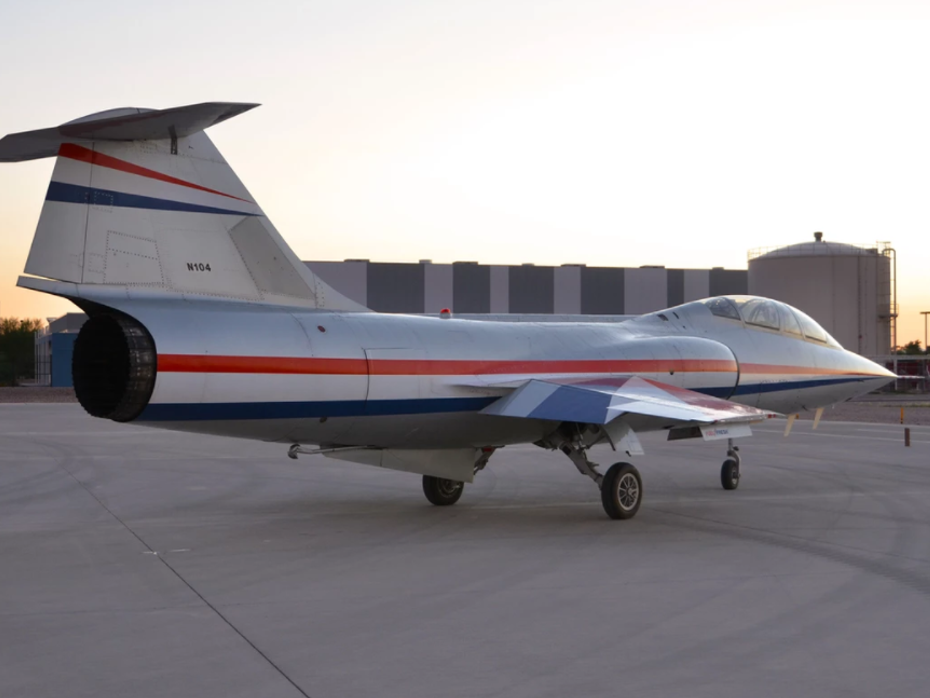 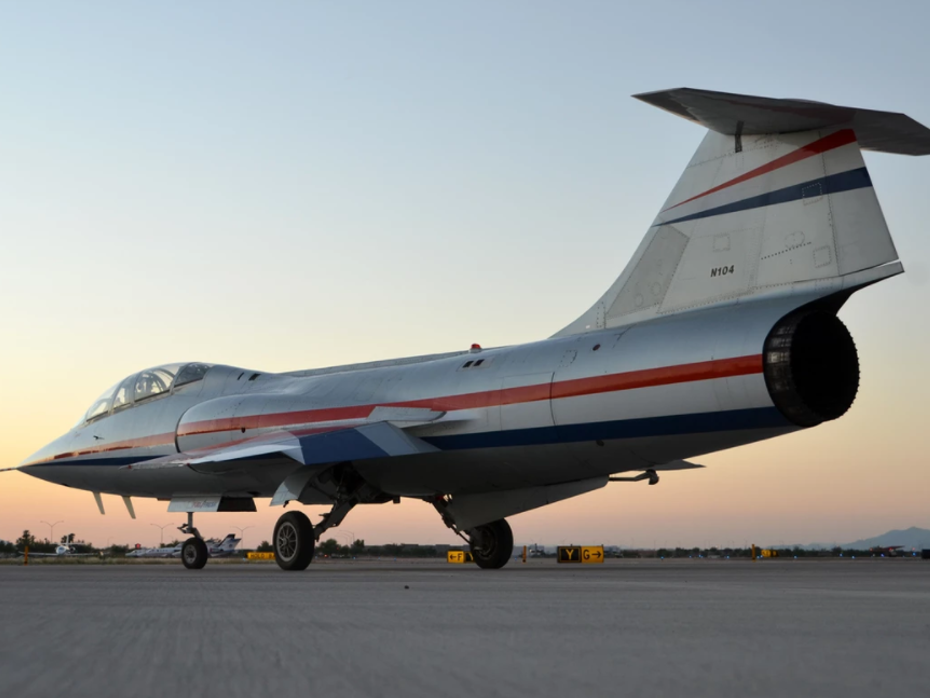 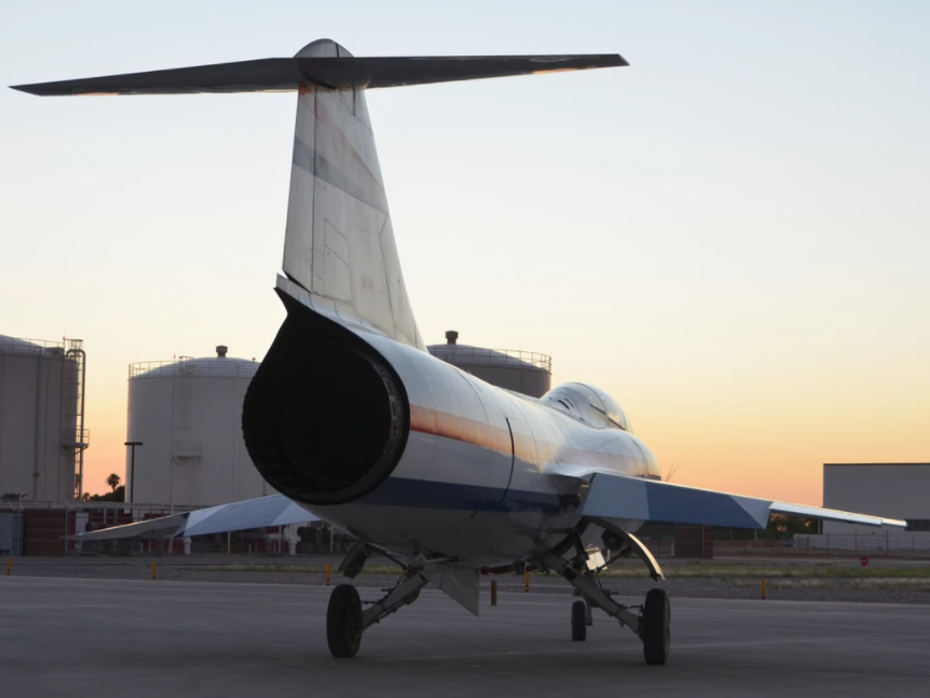 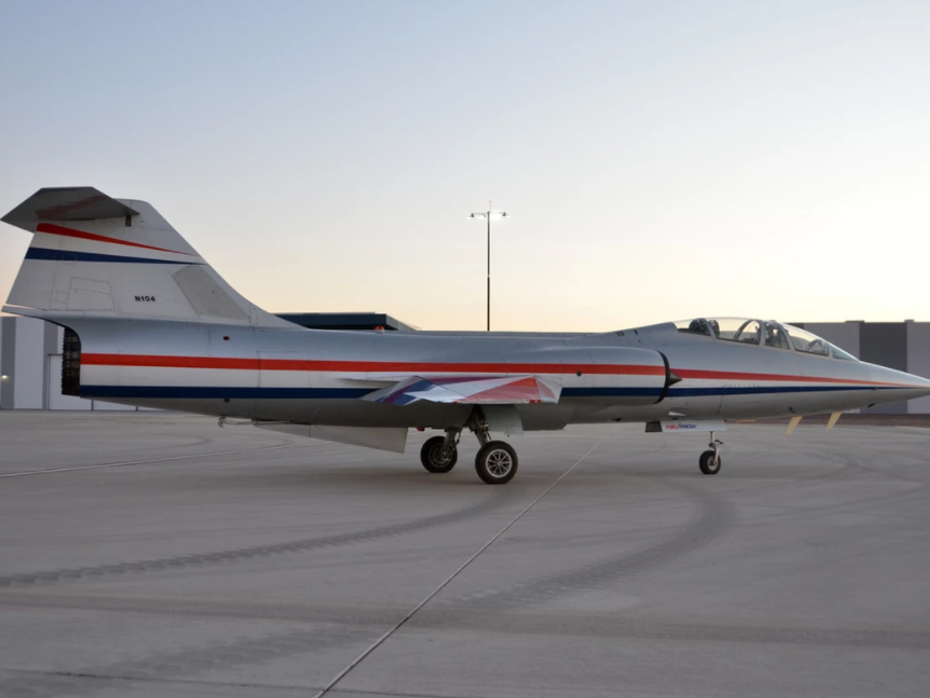 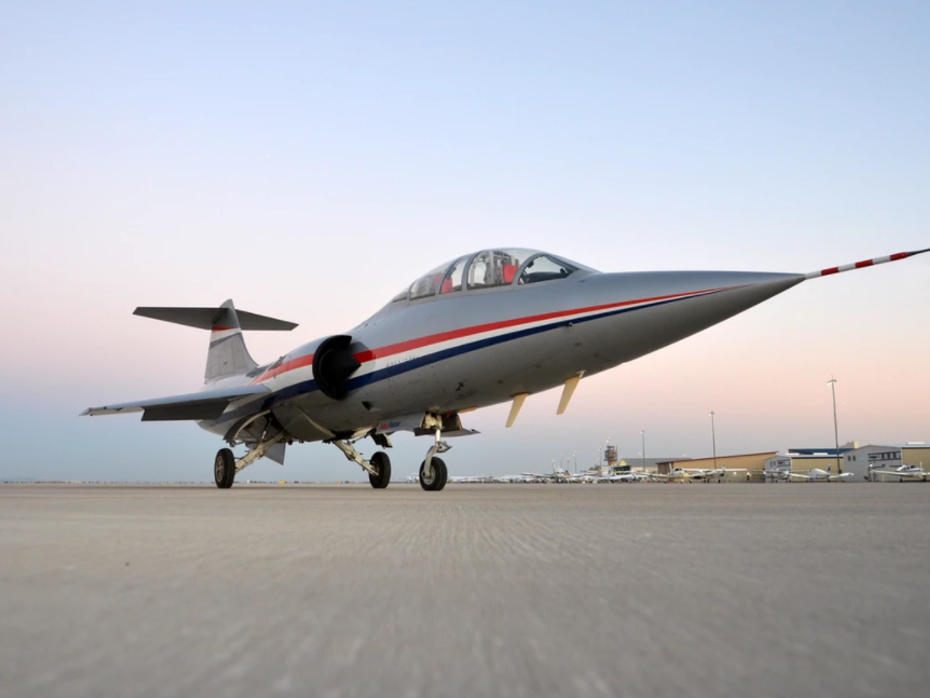 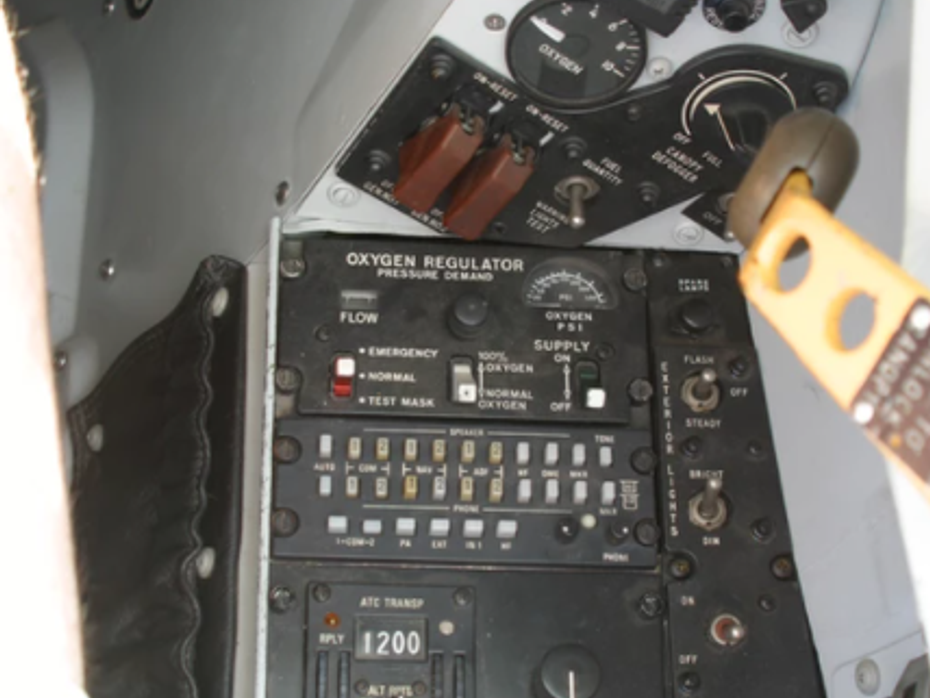 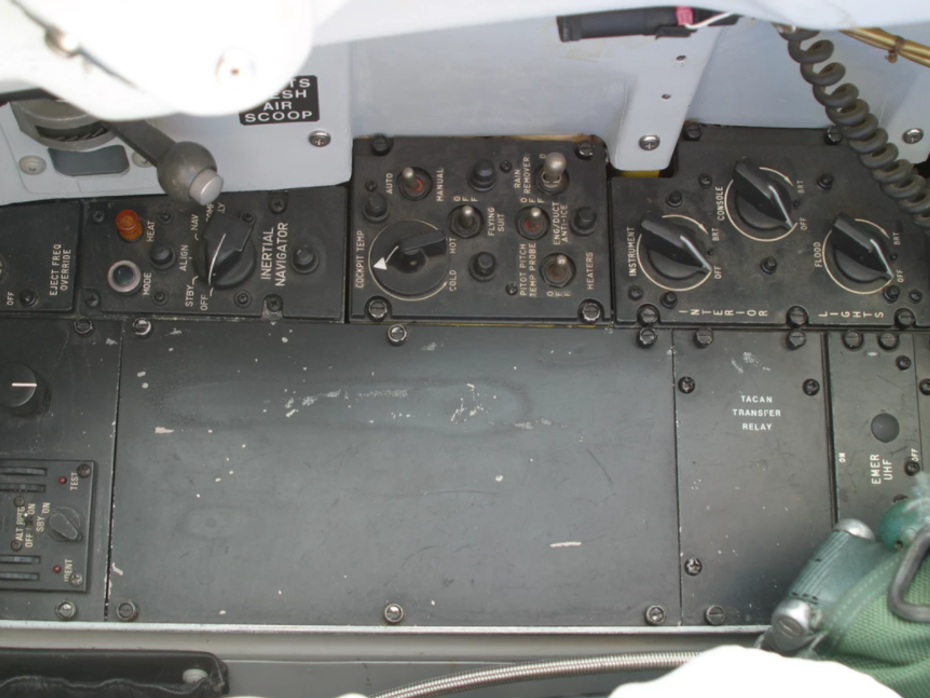 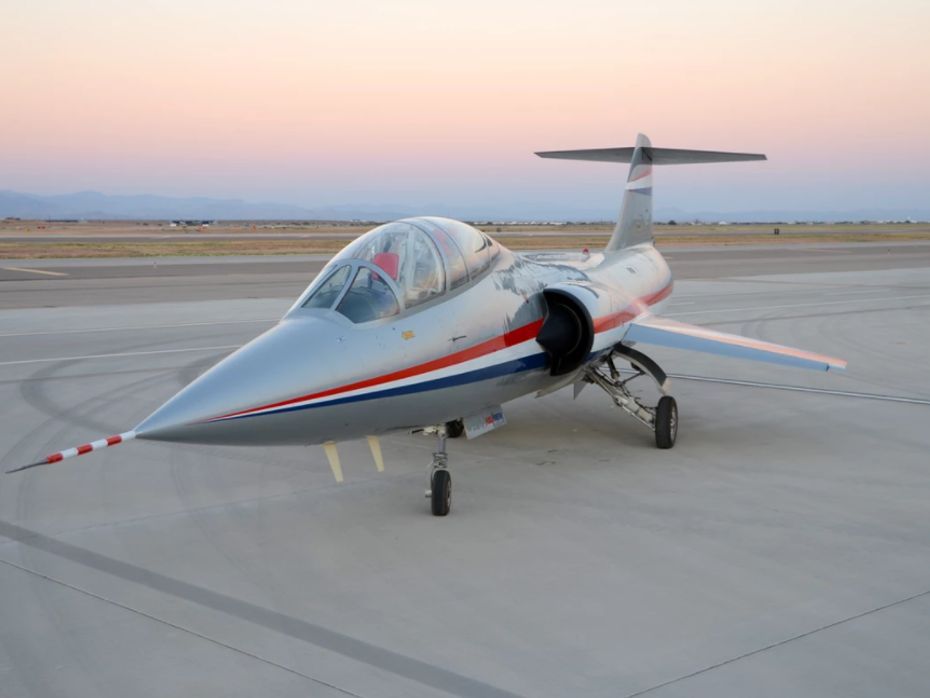 Last Flown 11/2008 - maintained in flyable storage since then.

This particular two seat Canadian Starfighter was flown over ten years by the Canadian Armed Forces , being delivered in May 1962. It served with the test squadron at Cold Lake, and when the Canadians wanted to decrease their operational F-104 fleet, they sold this jet to the Norwegian Air Force on 20 July 1973. It received serial "4633" and served 334Skv at Bodo Air Base until its retirement on 9 December 1982, where it was put into storage.

Sold in 1984 to Combat Jets Aircraft Museum (CJAM), based at Chino, Caifornia.  Shortly  thereafter sold to the Combat Jets Flying Museum at Houston Texas, taking over the activities to achieve airworthiness again as N104JR.  On11 November 1986 NASA Starfighter pilot Ed Schneider made its first flight under civilian registration at Mojave California airport.. On 15 May 1992 ownership was transferred to the EAA, Experimental Aircraft Association, at Oshkosh, Wisconsin and flew demonstrations at the convention that summer.  The aircraft was offered for sale in December 1995 and purchased by Fuel Fresh Inc  in April 1996. It was then flown from Oshkosh to Williams Gateway Airport in Mesa, Arizona, where it is currently based.  The registration number was changed to N104 about 20 years ago.

N104 has approx 2500 hrs total airframe time, while the engine is about half life since overhaul.

Approx 200 hrs have been flown over the last 22 years.

Current FAA registration is in the Experimental Exhibition category, although it should be noted that N104 has "pre-moratorium" guidelines apply, which mean it is allowed 'on condition' maintenance (yearly inspection under part 43 sub D)…..this is impossible to obtain today. (note: at the time the FAA issued the pre-moratorium airworthiness during N number change to N104, the inspector stated that the papers alone were worth 'a million bucks')

Fuel Fresh Inc has spent countless hours since 1996 accumulating spare parts, which include, among many others:

………and  MANY, MANY other parts of all descriptions (barn & hangar full)