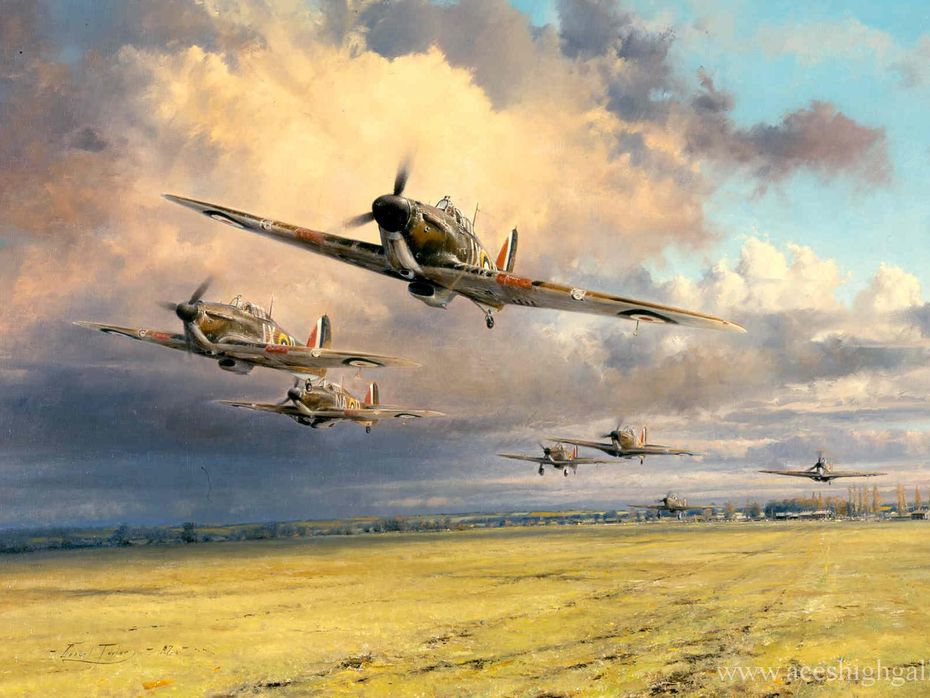 A classic Limited Edition piece signed by legendary Aces of the Battle of Britain.

A classic Limited Edition piece signed by legendary Aces of the Battle of Britain.

Released in 1987, this stunning piece is a classic in Robert Taylor’s extensive portfolio, and is personally signed four of Churchills Few – making this a rarely seen collector’s item:

It is August 1940 and the Battle of Britain is at its height.

Great armadas of Luftwaffe aircraft have made ceaseless, destructive attacks on southern Britain throughout the day, their objective to finish the RAF and pound the country into submission, in readiness for the German invasion.

However, the unmistakable roar of Merlin engines breaks the silence at this fighter station once again, as a formation of Hurricanes scramble into the air. It is their sixth operation sortie of the day.

Totally outnumbered in every combat, they have taken losses, but they still have a Squadron Commander, enough pilots, and enough serviceable aircraft. Almost exhausted by the tension of continual combat since dawn, the young, battle-weary pilots roar off into the evening sky for a final duel of the day. Before long their doggedness and unshakeable courage will prevail and the RAF will be victorious.

Each print has been personally signed by the artist Robert Taylor and FOUR of the most legendary Battle of Britain Fighter Aces: